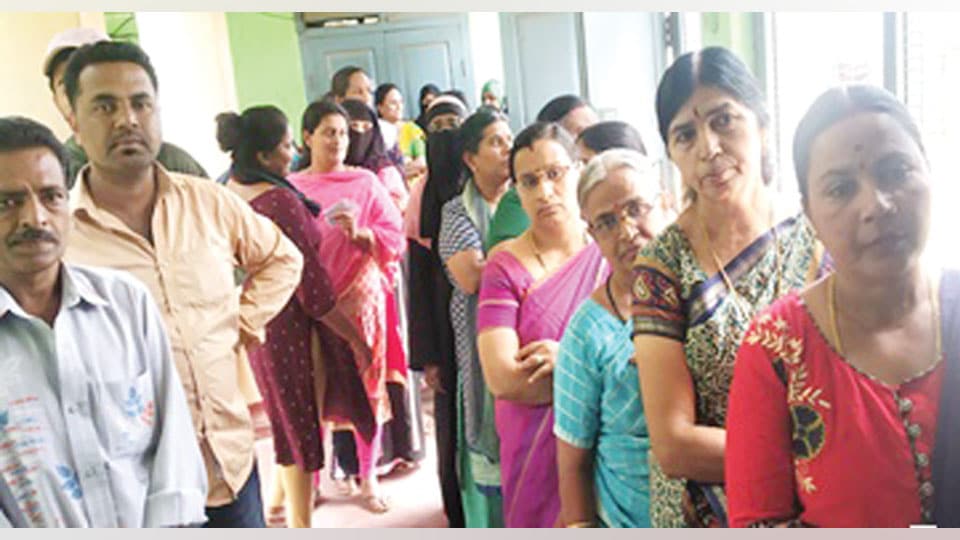 This was the first election to the CMC after Hunsur was upgraded from TMC (Town Municipal Council) to CMC.

Sunday’s polling was witness to a tragic incident as a centenarian woman died minutes after casting her ballot at a booth. Singamma (107) of Kalkunike, after exercising her franchise at a booth in Ward 3 in the morning, was returning home with her grand son Srinivas, when she collapsed and died, it is learnt. Incidentally, Singamma’s grand-daughter Geetha is contesting as an independent candidate from Ward 3.