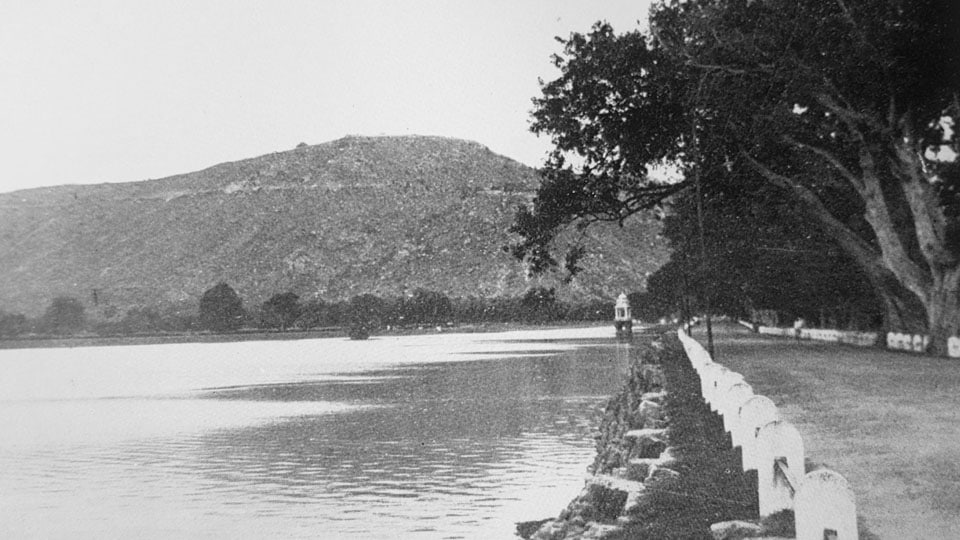 We have two major water bodies, the Kukkarahalli Lake and the Karanji Tank in what can now justifiably be called the heart of our city. These lakes, once on the outskirts of the city, were created by our erstwhile Maharajas to raise the water table and feed the numerous wells that abounded in the city that lay in-between. Open wells were the only source of water for the inhabitants of the city before the KRS Dam was built, particularly with the failure of the nine-mile-long Dewan Poornaiah Canal that passed through the heart of the city. Why the canal failed to do what it was meant to do is not very clear. We still see many wells existing in the many old houses that have managed to exist this far despite the rapid makeover that our city is going through of late.

It may be a little surprising to note that a few of them are still continuing to serve their owners, especially during the times when piped water supply gets disrupted. Another magnificent lake, the Doddakere, that once superbly reflected the image of our Palace was drained and dried up in the early forties to thwart the frequent flare-ups of Malaria that tormented the inhabitants of the city. Most old paintings of our Palace by the great masters from the yesteryears depict the royal edifice with this lake in the foreground. The photograph that I have included here is taken from the book ‘Mysore’ by Constance Parsons published in the thirties.

The Stately gopuram-like gate that once regulated the outflow of water from this lake can still be seen standing in all its majesty in what is now called the ‘Gopuram Park’ at the Southern end of the sprawling lake bed that has now become the Doddakere football ground, the Dasara Exhibition Ground and the impromptu vegetable market, in that order. Until not very long ago, at its four corners, this very ornate water gate had beautifully sculpted, free hanging stone rings that I used to admire as a child and now miss as a middle-aged man, thanks to the vandalism of a generation that has separated these two periods of my life. Kukkarahalli and Karanji too are the two unimaginably beautiful spots where I have spent many moments in solitude, musing over the far-sightedness and good aesthetic sense of people from the past. Now when I pass by them it is never without a sense of regret over what fate has befallen them, thanks to the absence of these two very same qualities in people from the present! 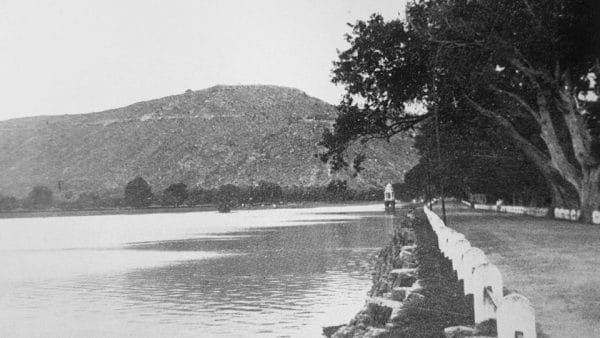 Note the absence of the Rajendra Villas Palace on the Chamundi Hill ! The water gate mentioned in the article can be seen in the distance. [Pic. by A.V. Vardacharalu & Son]

While the Karanji Lake bund was the best place in the city for watching the giant full moon and its reflection as it rose up, the Kukkarahalli Lake bund was the best spot for watching the sunset. During my days as an NCC cadet I had spent many a Sunday in the company of my battalion-mates planting saplings in the open space between where the Kalamandira now stands and the Eastern bank of the Kukkarahalli Lake. It was a social service activity for us during the rainy season and being drenched and smeared with mud, instead of deterring us only added much happiness to our determination to do some good to our city!
READ ALSO  Unmindful Police, Unmindful Public!

As we all know very well, these two lakes have been in the news from time to time for all the wrong reasons with the raging controversy over the de-silting of the Kukkarahalli Lake by the Mysore University having been quelled only temporarily by government intervention. The Karanji Lake too does not seem to be out its problems although it has been out of the news for some time now. The once pristine lake started getting polluted when untreated sewage from the nearby residential areas was let into the lake, especially after Siddharta Layout was created. This pollution led to the destruction of aquatic life and with the food-source getting depleted, the migratory birds that once flocked to this place from far and near started shunning this lake. The fish too which were once plentiful started dying en masse. That is when the Zoo authorities which had taken over the lake woke up to the need to take some urgent action. Help was sought from the Asian Development Bank (ADB) and the Karnataka Urban Infrastructure Development Finance Corporation (KUIDFC).

In association with these two organisations the Zoo Authority of Karnataka (ZAK) undertook the restoration activities of this lake. The first step that was reportedly undertaken was to stop the sewage from entering the lake. Other restoration activities included removal of 30 cm of polluted silt, de-weeding of the entire lake surface, restoration of feeder channels, construction of a jetty to start boating facility, and the construction of a bridge to the newly created ‘butterfly park’. A watch tower was also constructed to view the birds and study their behaviour.

Although much money was spent on this exercise it is very clear for all to see that the flow of untreated sewage into the lake continues unchecked to this day. The most alarming discovery that I made on a visit to the place just two days ago is that fishing was being allowed in the polluted water and the fish was being weighed and sold to some local dealers on the banks of the lake.

Now, with raw sewage flowing into the lake day in and day out, I wonder how safe it is for people to consume the fish that goes out from here. Raw sewage is the best source of some very dreadful infections like Cholera, Typhoid and Jaundice which can add to much human morbidity and mortality. This is therefore an activity that amounts to fishing for misery in foul waters and it is time someone steps in to stop it!