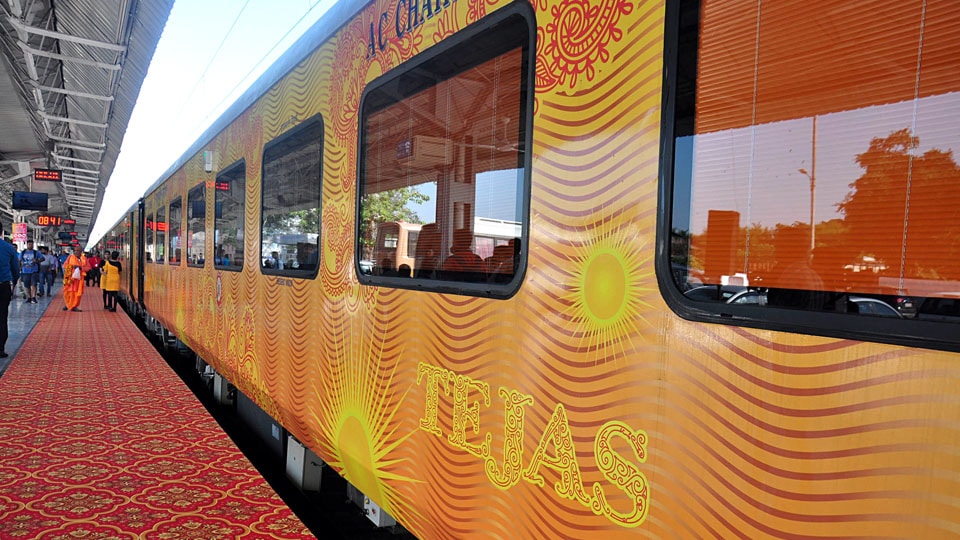 Railways poised on the Right Track!

I woke up to a refreshing bit of news in my morning paper today. It appears the Government at the Centre is planning to privatise about 150 trains and 50 Railway Stations across the country in a bid to improve the travel experience of train travellers. As someone who has always enjoyed train travel during my childhood I welcome this move although I am a little apprehensive that it is likely to run into some rough weather or even get completely derailed due to protests from the Railwaymen themselves.

A good many of them are likely to feel threatened by the prospect of being forced to lose their present lackadaisical work attitude or even their jobs, when a more quality-conscious management takes over the reins. That is why we see all such privatisation proposals in our country being resisted by all those who feel that they as the service providers are the ones who are most entitled to a comfortable experience rather than the ones who pay for it!

We all know very well that although we have made some giant strides in improving the quality of the life we are leading in most other spheres, when it comes to travelling by train, we are worse than where we were a few decades ago. I remember the time when travelling in a first class Railway compartment was like being a Maharaja for a brief spell. Each coach used to have its own uniformed attendant and at all the long stops called the ‘Watering Stops’ a waiter used to go round taking orders for tea and coffee as if in a restaurant. The seats and toilets used to be clean and tidy with all their fittings being fully functional. Even the second class compartments came close in this respect with just the cushioning of their seats being a little less plush. Every little complaint used to be attended to instantly at the very next stop, with the man doing it taking your signature in his workbook, acknowledging his action. No complaint was considered too trivial.

As a school boy when  I was once travelling from Hassan to Mysore with my maternal grandfather in a second class compartment, when we complained that the fan was making a squeaky noise, we were offered an upgrade to a first class compartment free of cost even before the train left the platform! Incidentally, I am told that there used to be an additional category of rail travel called the inter-class sandwiched between the second and third class. Since I have not seen it, I am unable to say what it had or what it lacked!

Nowadays things are so bad that most people who can afford to travel by other modes of travel shun rail travel even if it means spending considerably more money and longer time doing it. Very often, for short distances, train travel is indeed the most convenient mode since it offers point to point connectivity from city centre to city centre unlike air travel. It also beats travelling by road wading through exasperating traffic jams. But it has no takers from among all those who are deterred by the very poor quality of our Railway service.

Although our rail network has grown many times over from where our Rajas and the British left it and although it has now been almost completely standardised into broad gauge, its basic complexion has not changed much. Whenever you decide to travel by train it always means that you have to be ready to make many compromises on convenience, comfort and most importantly on cleanliness. I say this because as things stand now, the first impulse any cleanliness-conscious rail traveller harbours is to have a bath the moment he or she steps down from the train. This is not just to wash away the dust and grime, both real and imagined, but also to clear the mind of the angst and fatigue of the whole experience.

Yes, angst and fatigue are the only words for what you feel after being held up in long delayed trains and nudged and pummelled all the way by all those who encroach on your reserved space, unmindful of the fact that they have stepped in where they are not supposed to. They are unmindful of their transgression simply because those who are paid by the Railways to do their duty of maintaining order are unmindful of why they are being paid their salaries. The fare that comes on your food tray is a far cry from what you would like to eat even as subsistence ration for the duration of your travel.

Incidentally, I have noticed that the food served on the Shatabdi Express especially on its run between Bengaluru to Mysuru is of the worst quality. Let alone foreigners, even die-hard natives find it difficult to ingest it and there is just no one to turn to with their complaints of its poor quality. As things stand today, using a toilet either on a train or at a Railway Station is a real nightmare and you have to do it simply because there is just no escape from responding to this primeval call, however high or mighty you are! You either choose to lower your standards and visit the loo with a pinched nose or raise them and not choose to travel by train at all. It is entirely up to you!

The quality of service has remained unchanged over the years. When you look back a little you will realise that things were not much different at our airports too till a few years ago when they were privatised or their maintenance got out-sourced to private agencies. Even now at most of the airports that are still being swept and mopped by the Government broom and mop the situation is not much different from what you see at any Railway Station.

I hope that with this new move to privatise some of our trains and Railway Stations we are going to see a much needed and much-awaited change for the better. The romance of rail travel for the likes of me is perhaps destined to make a comeback and happy days are perhaps right around the next bend in the track!

4 COMMENTS ON THIS POST To “Railways poised on the Right Track!”