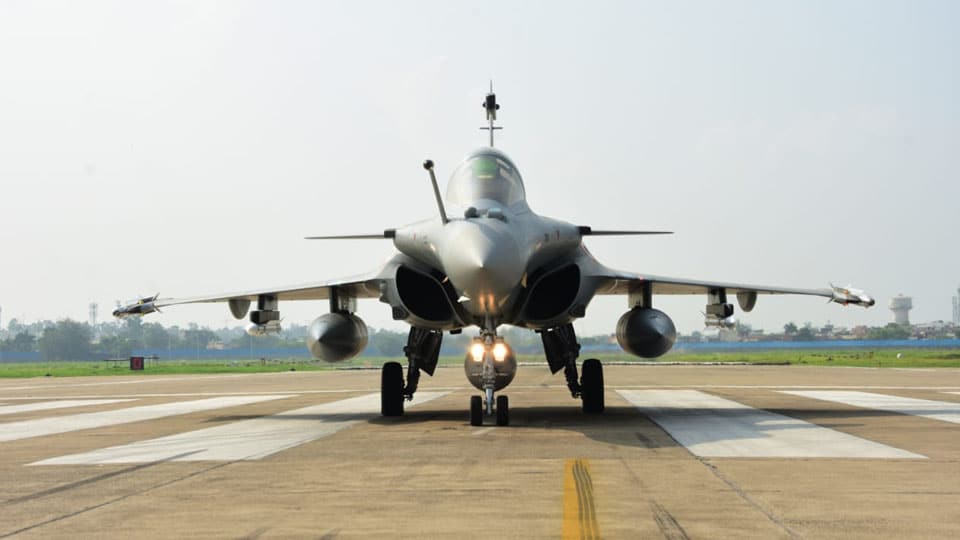 A Rafale fighter jet flew above the airbase as Defence Minister Rajnath Singh and his French counterpart Florence Parly watched it from afar. Along with the Rafale, other fighter jets including the Russian-origin Sukhoi-30MKIs participated in the flypast. The first batch of five Rafales is being inducted at a time when India is engaged in an escalating border row with China in eastern Ladakh.

“New bird in the arsenal of IAF,” the Air Force tweeted this morning. Chief of Defence Staff General Bipin Rawat and Air Chief Marshal R.K.S. Bhadauria were among the dignitaries who attended the ceremony.

“Today, this induction sends a strong message to those who have raised an eye at us. This induction is very crucial, considering the border situation,” Defence Minister Rajnath Singh said at the ceremonial unveiling of the Rafale aircraft that saw a traditional Sarva Dharma Puja, air display by Rafale and Tejas aircraft as well as by the Sarang aerobatic team.

A traditional water cannon salute was given to the Rafale fleet before its ceremonial induction into the 17 Squadron. The Rafale jets, built by French aerospace major Dassault Aviation, are known for air-superiority and precision strikes on ground targets, making them truly multirole jets.