Home » News » FLOODS AND LANDSLIDES IN KODAGU: They tied the knot sailing through all hurdles 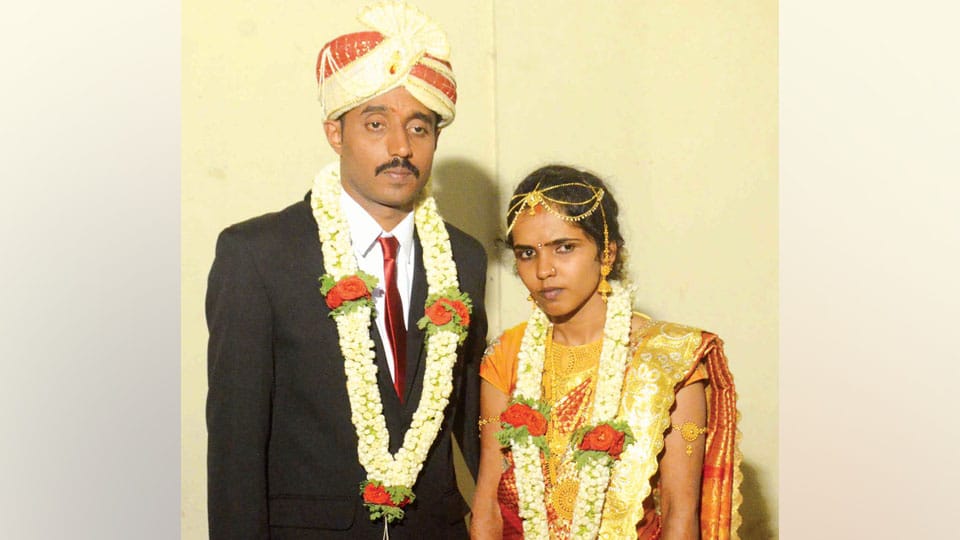 FLOODS AND LANDSLIDES IN KODAGU: They tied the knot sailing through all hurdles

Madikeri:  After the wedding of Manjula, a flood victim from Kodagu who had taken shelter at a relief camp and who got married at Sri Omkareshwar Temple in Madikeri last Sunday, it was the turn of Kusuma to tie the knot with Dhananjay yesterday.

Kusuma’s wedding was on the verge of being postponed as floods had ravaged her life and had washed away her house at Hattihole. But fate smiled once again and she got married at the designated place and on the designated date.

Kusuma is the daughter of Padmini and Umesh couple of Hattihole and they had planned a grand wedding of their daughter with Dhananjay of Arekadu village. The family had made elaborate preparations with their hard-earned money and had bought sarees and gold for the wedding that was fixed on Aug. 30 at Samudra Kalyana Mantapa.

But the rain that lashed Kodagu, especially landslides that hit Hattihole, washed away the house of Padmini and Umesh and they ended up at a relief centre. Their house that was on a slope was buried under debris and all valuables that were specially made for the wedding were lost.

Having lost everything, Padmini and Umesh did not lose courage. They decided that somehow they will manage the wedding expenses and did not allow the calamity to overshadow the wedding. With the help of relatives, the couple conducted the marriage yesterday at the designated venue.