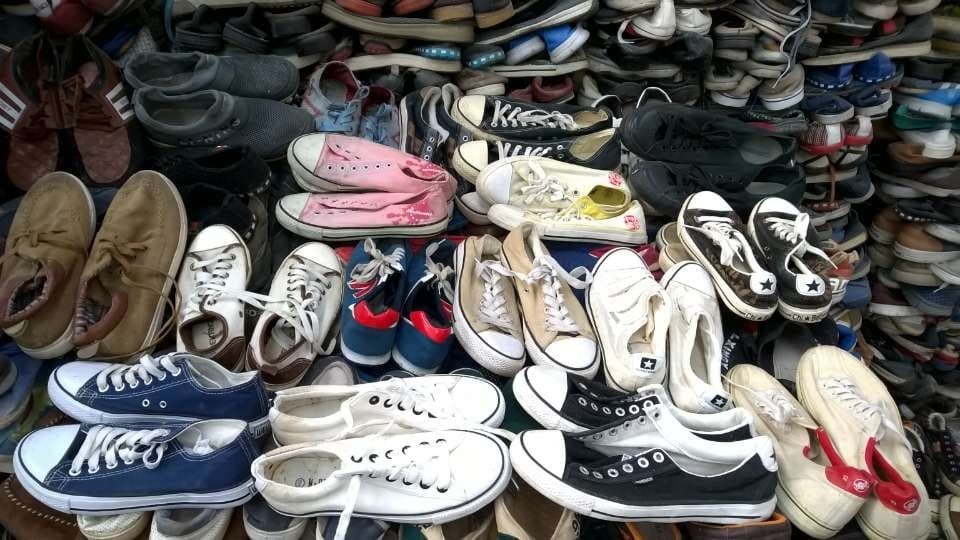 One of the most common possession of people across the entire spectrum of society all over the world, unarguably, is the humble sandal credited with a history of several centuries. Sculptors and painters of frescoes don’t seem to have sidelined footwear of Gods and Goddesses in their works. Yet, there is reason to remark that hardly any poet or essayist has bestowed attention to the footwear, traditionally looked down upon, despite being benefited by the protective wear. Ironically enough, while divine beings featured in the land’s epics are seen wearing sandals of whatever design, the practice of leaving them outside dwellings and shrines portrays the people’s outlook of showing the sandal its place as it were. Arabs are said to keep their footwear right in front of them while offering their prayers, not to be disturbed by the thought of losing the prized possession, unlike the devout of other faiths known to be perturbed about its safety as they are doing their rounds inside the shrine. Disciples of Seers have to scrupulously comply with the practice of presenting themselves barefoot at the time of darshan. The expression my foot, in a show of anger, doesn’t see the ubiquitous wear in good light.

Keeping aside the negative image accorded to footwear, even walking about barefoot, virtually hurting the sacredness of mother earth, is an act that calls for asking forgiveness. The land’s scholars of a distant past have prescribed chanting the verse Samudravasane devi… Paadasparsham kshamaswame as a mark of expressing gratitude to earth, soon after waking up in the morning. Walking about wearing footwear amounts to adding insult to injury as it were.

READ ALSO  Teachers to be taught

Design and materials of footwear have witnessed the unprecedented role of technology in recent years. From the angle of people at large, including citizens of Mysuru who are in their eighties, the price tag of sandals may egg them on to keep indoors, as footwear costs a bomb. Display of footwear in glitzy showrooms has kept pace with other luxury products such as automobiles, electronic goods, clothiers and so on. Both the leather-based footwear and the road-side cobbler have vanished into thin air, thanks to the advances in technology of footwear production and changing fashions. Two ladies caused a wave of shock and wonder on reading a few years ago in the dailies their inventory of sandals comprising more than 1,500 pairs. One was the erstwhile Chief Minister of Tamil Nadu and the other President of Philippines.

Footwear designs friendly to sports persons, joggers, disabled people and so on are part of footwear flourish nowadays. Keen observers have opined that shoes revealed a great deal about the wearer such as profession, sex, social status, economic well-being and so on. One can no longer look down upon the footwear, no more the humble sandal that it was.