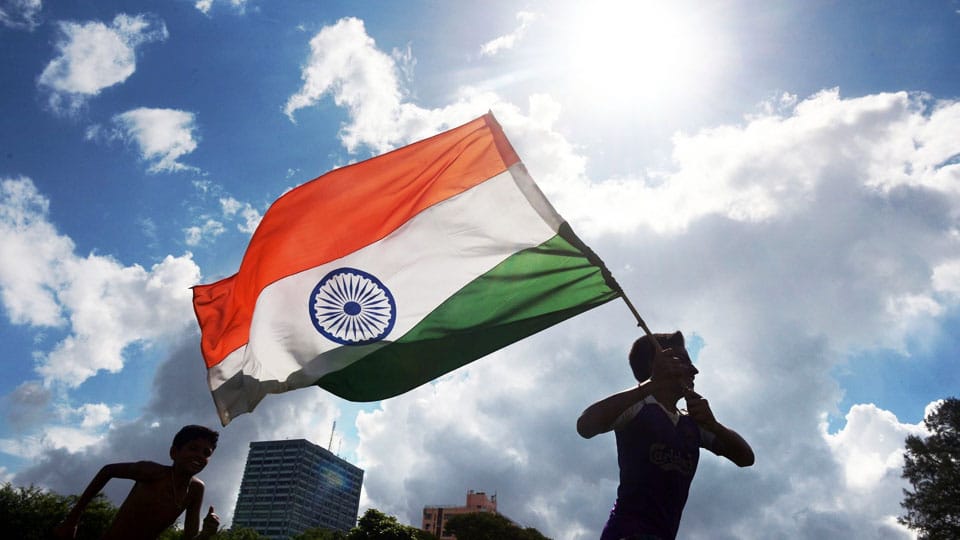 While on a holiday with my family last week I was in Mumbai for three days. It was raining the proverbial ‘cats and dogs’ while we were there which is not very surprising when you consider the fact that Mumbai reportedly gets nearly ninety percent of its annual rainfall of about seventy inches in the month of July alone. This is the time of the year when Mumbai, the city that never sleeps becomes groggy and is said to become most miserable with normal life coming to a standstill because of crippled road and rail traffic. But all this may soon become a thing of the past with the high-perched monorail already functioning in some areas and the underground Mumbai Metro all set to be commissioned soon.

It may come as a surprise to you that there are many areas in the innards of the city which lie below sea level. Actually it is only these very low lying areas that suffer the most when it rains heavily there. The problems created by unusually heavy rain are compounded by high tides which prevent the rainwater from quickly flowing away into the sea. That is why most schools in low lying areas of the city issue printouts of the tidal charts to their students and instruct parents to check them before sending them to school on rainy days.

But Mumbaikars have evolved so well with their city that irrespective of whether it is rain or shine over their heads, they just quickly get down from one mode of transport when it stops and hop onto another that is still moving and go about their daily grind without complaining of the weather! But to me Mumbai seemed to be at its cleanest and best last week with all its buildings, roads and pavements washed spick and span by the unseen hand of God in a way that can never be achieved by the hand of man.

On one afternoon, while having taken shelter from the rain in the foyer of a mall, with nothing else to do, we decided to watch a movie that was running in the Multiplex there.  My son opted out of this plan and announced that he would visit one of his friends while the three of us were done with the movie. But this spur-of-the-moment decision had some very unusual side effects. Because the movie was about to start and because we had not booked our tickets in advance we were told that the three of us would only get seats in three different rows! Since we had by now imbibed a little bit of the die-hard Mumbaikars’ aplomb we decided to go ahead with the offer. But secretly, all three of us perhaps had our own reasons for the acceptance of this rather unusual situation.

My daughter had already seen the movie once in Mysuru and she wanted to savour it a second time without the concentration needed to follow the storyline. Yes, there’s a different kind of joy in watching a good movie or reading a good book the second time! Since she had already discussed it inside out with my wife, my better half was fore-armed with all the introduction she needed to relish the movie. Most importantly, by not having me next to her, my wife would now be free from the frequent pestering from a husband who ill understands modern day movie script. Yes, my mind is programmed to follow only logical sequences and I like a simple straight-forward storyline. I therefore find it a great and almost unbearable pain to follow the story when it shuttles rapidly from the past to the present and from the present to the past in a seemingly unending sequence. And, most present day movies are like this as this seems to be the forte of movie-makers now which is the main reason why I’m not a movie buff.

Now, my reason for agreeing to sit alone through the entire movie was that I would not have to share with anyone my tub of caramel pop corn which is my favourite flavour and which I get to eat only at multiplexes these days! Incidentally the multiplex experience that we have here in Mysuru and Bengaluru too is a far cry from what we had at Mumbai. The cleanliness, the comfort of the seats, the sound quality and the acoustics were a class apart for the same money that you pay there too. As we entered the almost empty hall and occupied our far-flung seats there were hardly a dozen or so people there which seemed rather strange considering the fact that we were told by the lady in the booking cabin that ours were the last few tickets available. As I was wondering where the rest of the people were, the fluttering tricolour appeared on the screen and we all stood up while the National Anthem was played. The moment it ended the crowd that was hitherto out of sight, gushed into the auditorium like a Tsunami with people spilling over each other to find their seats. Suddenly everything became painfully crystal clear.

READ ALSO  Coronavirus Scare: What YOU should know !

The regular movie-goers were waiting outside in the refreshment foyer for the National Anthem to be over before getting into the hall to watch the movie which is why they had all come there. The National Anthem was something that was forced upon them which they could easily avoid if they chose to by staying outside the auditorium. They could use the same time for catching up on some additional gossip and gup-shup that was more enjoyable than standing uncomfortably at attention while a song that had by now become monotonous and meaningless was played!

Looking at the vast majority that stayed away from the National anthem it seemed to me that for most of our countrymen, patriotism which should come as an inborn sentiment, comes only with some effort, not their own but by the efforts of an enforcing agency that struggles in vain to force it down our throats making a mockery of this emotion. I wonder why our government and our courts had to inflict this disrespect on our national symbol and song by making it a mandatory ritual for movie-goers when most of them had rejected it decades ago.

Let better sense prevail and let our leaders lead by noble example. Let them begin instilling a sense of national pride in the masses by themselves practising absolute honesty and uprightness in their own lives instead of only preaching it with symbolic compulsion. Patriotism becomes a tasteless morsel and it falls flat when it is forced as a necessary virtue upon a people who are used to seeing only vice feeding the bellies of its leaders!

Dr. K. Javeed Nayeem Over a cup of evening tea Patriotism
Kannur-Mysuru corridor to be made NH
MCC must take possession of 62 layouts, says former Mayor