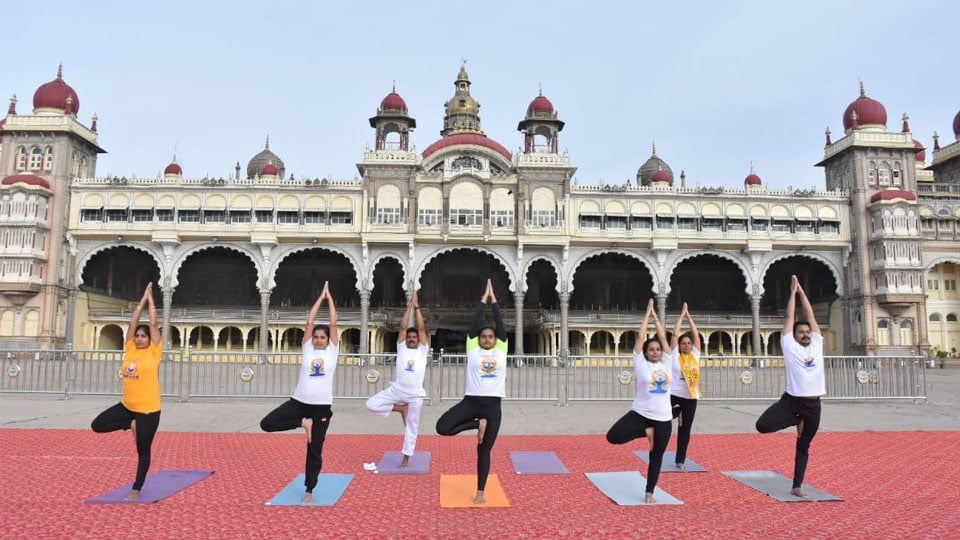 Mysore/Mysuru: Following India reopening its borders to mass foreign tourism, ending a two-year clampdown as Coronavirus infections across the country remained low and vaccination rates high, hundreds of tourists have arrived in Mysuru, a majority of them Yoga enthusiasts and some small percentage of holidaymakers.

Though the numbers are yet to reach the maximum, tourism stakeholders say that the tourist arrival is promising and gives a positive outlook for Mysuru.

After years, they are seen roaming around in auto rickshaws, taxis, tongas, buses and some of them have even been spotted at Bandipur Tiger Reserve taking the safaris.

Yoga centres and schools in Gokulam and surrounding areas are teeming with tourists and they have even taken houses on rent for accommodation.

According to the data provided by District Health Officer (DHO) Dr. K.H. Prasad, from December last year, 1,372 tourists have arrived in Mysuru from high risk countries and of them, 1,041 have been swab-tested and 109 turned positive. 331 tourists gave invalid phone numbers and incorrect addresses.

Meanwhile, Federation of Organisations and Associations of Mysuru (FOAM) President B.S. Prashanth, who is also the President of the Dasara Committee of Karnataka Tourism Society, told Star of Mysore this morning that tourists are making their presence felt in Mysuru. “The fear of pandemic is also waning now and restrictions have been removed. It will take  another two to three months for the tourist arrival to pick up and now we are seeing a lot of travel bookings from Bengaluru,”   he said.

Mysuru Hotel Owners Association President C. Narayanagowda said that as a majority of the foreign tourists who have come to Mysuru are yoga enthusiasts, there has been an increase in rental and lease accommodation with little impact on hotel bookings.

“For hotel bookings to improve, holidaymakers must arrive in droves. We are expecting the scene to improve by April this year. The hospitality industry that had collapsed to 2 to 5 percent occupancy is now seeing up to 40 to 50 percent bookings. Some of the star hotels have 70 to 75 percent bookings now,” he added.