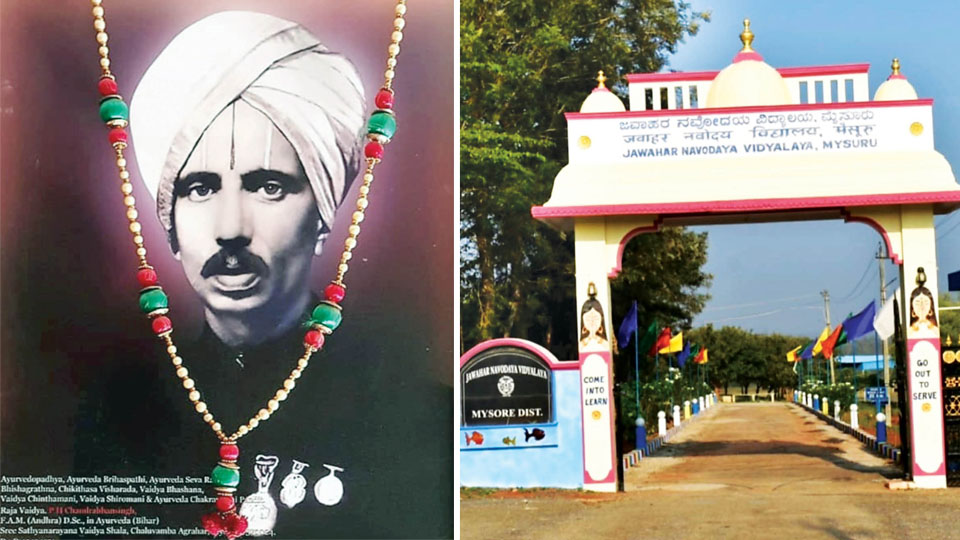 Very recently we were given the very heartening news that an exclusive medical post-graduate education and research facility is being planned at the Indian Institute of Science (IISc.) campus at Bengaluru. The IISc., was established in the year 1909 by a visionary partnership between the industrialist Jamsetji Nusserwanji Tata, the Mysore royal family, and the Government of India to promote research in all fields of science. Today, it is India’s premier institute for advanced research and education, with equal emphasis on science and engineering.

In line with global examples and traditions of integrating science, engineering and medicine under a single institution, IISc., will now be setting up a Post-Graduate Medical School along with an 800-bed multi-speciality hospital in its Bengaluru campus. The uniqueness of this first such academic initiative will be an integrated dual degree MD-Ph.D programme aimed at creating a new breed of physician-scientists, who will pursue careers in clinical research to develop new treatments and healthcare solutions, driven by a lab-to-bedside philosophy.

They will be trained simultaneously in the hospital as well as in the science and engineering laboratories at the IISc. This is how things are at most such centres abroad but sadly how they have not been in our country where research has always been on the back burner. Thankfully, all this hopefully, will now be a thing of the past.  The key enabler of this endeavour would be the not-for-profit, 800-bed multi-speciality hospital, catering to the clinical training and research activities of the academic programme. And, to construct the hospital building, the IISc., has inked a path-breaking partnership with philanthropists Susmita and Subroto Bagchi, and Radha and N.S. Parthasarathy. The couples will collectively donate Rs. 425 crore for the project. This makes it the largest single private donation received by the IISc.

The hospital will most justifiably be named as the Bagchi-Parthasarathy Hospital. The hospital will be built within the existing IISc., Bengaluru campus, taking full advantage of the co-location with the science and engineering faculties and labs.  It will have advanced facilities for diagnostics, treatment and research. The various departments in the hospital will facilitate comprehensive treatment and healthcare delivery in almost all medical specialities including organ transplantation.

As we all know very well, the most magnanimous and far-sighted Mysore royal family has been known for its most progressive outlook and for putting the interests of the State and its subjects way ahead of its own needs and comforts. The Mysore royal family which was instrumental in joining hands with the house of the Tatas and the Central Government more than a hundred years ago, to establish the IISc., has bequeathed some of its most prime personal properties to establish centres of learning and research here in our city too and two very notable such acts come to my mind and stand out.

He then went on and donated the equally huge Cheluvamba Mansion to establish the Central Food Technological Research Institute (CFTRI). This Mansion had been built as the personal residence of the third Princess of Mysore, Cheluvarajammani. The then Prime Minister Jawaharlal Nehru formally received this building on behalf of the Central Government in the year 1948 and it was officially inaugurated on 21st, October, 1950.

Having said this much about all the good that has happened in the past and that is also going to happen around us soon, about which we should feel proud, it is now time for me to draw your attention and focus it on some similar good that has already happened closer home which has perhaps gone unrecognised and certainly remains completely forgotten. Even before I tell you all about it, I believe that in its magnitude and in the good intent that is enshrined in it and all the good that it has done to our society, it is in no way less.

READ ALSO  Sudden Cardiac Death: What next, after you get the heart beating !

Just a few days ago while I was discussing with a group of fellow doctors about all the good that can come out of the proposed medical research facility at the IISc., a little-known fact emerged which I felt should be highlighted. During the course of our interaction, my close friend and fellow Physician Dr. N. Chandrabhan Singh casually mentioned that way back in the early seventies, his late grandfather, Pandit Rajavaidya P.H. Chandrabhan Singh (1912-1974), who was an ayurvedic physician to the Mysore Royal family, decided to donate his 32-acre plot of agricultural land at Dodda Madegowdana Halli, a little away from the city, to the Government, to establish a residential school for rural children.

This noble soul was inspired to do this by the ‘Bhoodaan Movement’ started by Acharya Vinobha Bhave, to encourage wealthy land owners to donate a part of their land to poor, landless peasants. However, this huge plot of land was lying unused for many years till the Government in the year 2007 decided to shift the Jawahar Navodaya Vidyalaya to its new campus which it established there. Till then, for about four years, this school was functioning at the Aloka Palace building at Yelwal village on the Hunsur Road, about twenty kilometres away from the city.

Today, this rural school which stands in a most picturesque location, surrounded by pristine woods, boasts of lush green lawns, expansive fruit orchards, a butterfly park and its own kitchen garden, has become an institution that has been providing quality education to both boys and girls from the 6th to the 12th standards. Many of its alumni from rural backgrounds have today become very well placed in almost all fields of life and are scattered across the world, making their Alma Mater proud, all thanks to one unusually far-sighted and largehearted soul.  That much for the good that has been done by the Mysore Royals and a humble, little known but unusually large-hearted Royal Physician! Yatha Raja, Tatha Praja indeed !