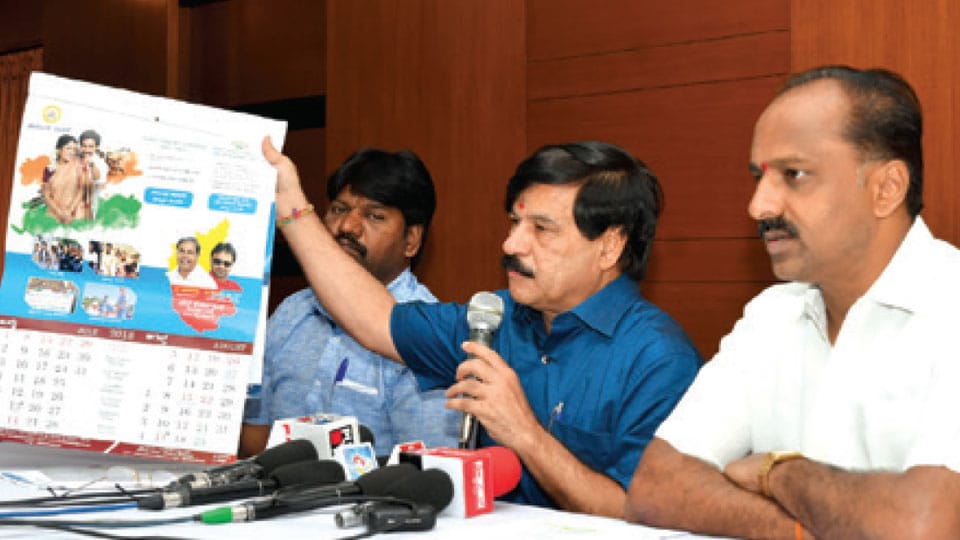 Addressing a press meet here yesterday Ramdas alleged that the Congress Government was using employees fund to get publicity.

Claiming that 20 lakh calendars were printed at a cost of Rs. 6 crore and distributed among industrial workers and others through the Labour Department, Ramdas maintained that the calendars had slogans of ‘Nava Karnataka Nirmana’ campaign of the Congress.

Asserting that the calendars were released on Workers Safety Day on Mar.1, Ramdas urged the Election Commission to remove the Congress symbol and slogan on the calendars.

Accusing Chief Minister Siddharamaiah of misusing his position to mislead voters, Ramdas said that many projects that will be inaugurated by the Chief Minister in Mysuru were in fact commissioned by the previous BJP Government.

‘It is nothing but naming the BJP’s baby’, he added.

He urged the Chief Minister to postpone its inauguration till the High Court pronounce its final verdict on the row. BJP leaders Jogi Manju and Vadivelu were present at the press meet.