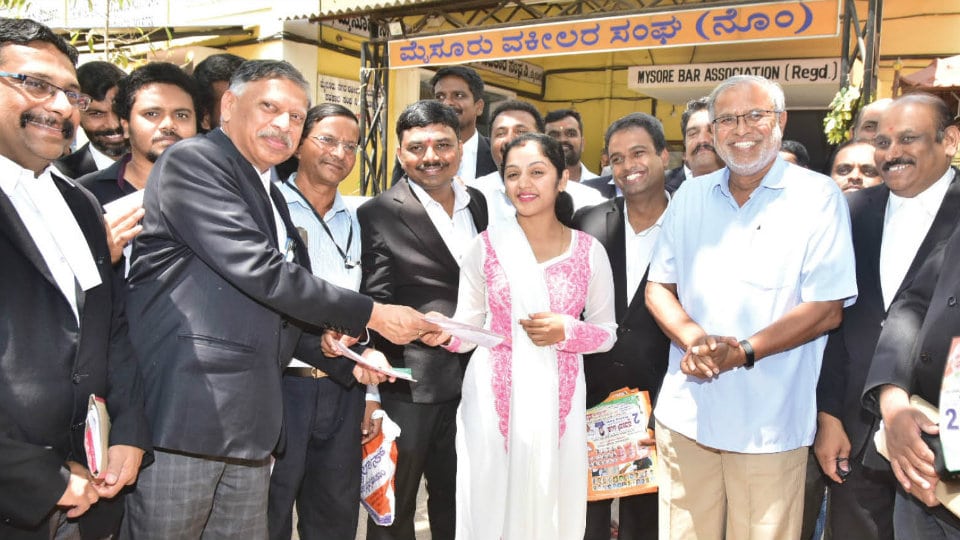 The former Minister met advocates in the Courts, Mysuru Bar Association President S. Anand Kumar and other office-bearers and sought the support of the legal fraternity for the BJP candidate Pratap Simha.

Stating that Kumaraswamy after forgetting his duties as the Chief Minister, was camping in Mandya, busily engaged in campaigning for his son Nikhil who is contesting as the coalition candidate from Mandya, Suresh Kumar alleged that all development works in the State had come to a standstill, in the CM’s absence from Vidhana Soudha.

Accusing the JD(S), which claims itself as a secular party, of raising caste issues during its JD(S) poll campaign, Suresh Kumar wondered whether the CM would have called actors Yash-Darshan Kallethugalu had the duo campaigned for the JD(S) candidate Nikhil.

Lashing out at the coalition government in the State, Suresh Kumar maintained that there was a lack of co-ordination between the Congress and JD(S) and this would be a boon to the BJP.

Claiming that the BJP would win 22 LS seats in the State, he said that the poll pact between the Congress and JD(S) would help the BJP in the polls, with the BJP already on a strong wicket under PM Modi’s leadership.

Suresh Kumar later left for Hunsur, from where he will leave for Periyapatna and K.R. Nagar to campaign in the Courts there.