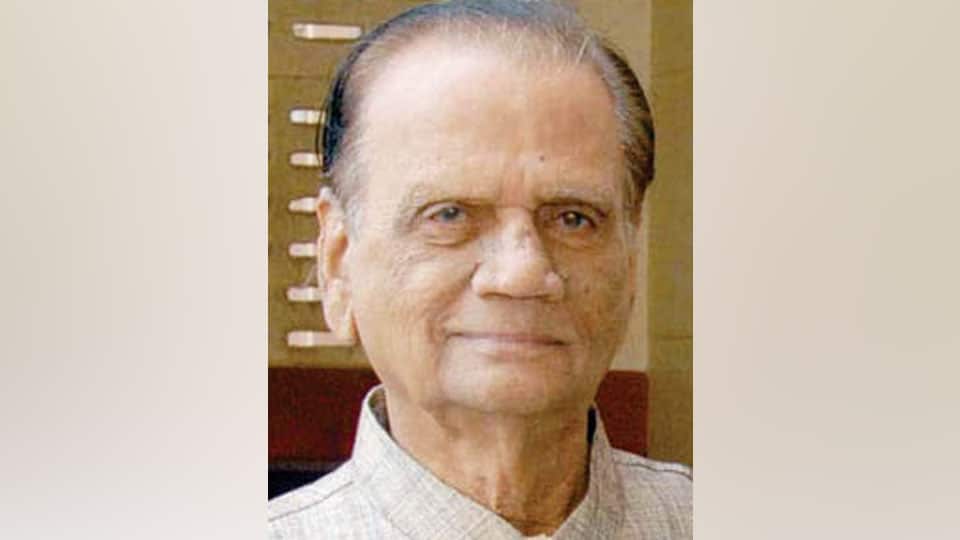 Mysore/Mysuru: B.S. Srikantaiah (90), former Principal and Headmaster of Sri Ramakrishna Vidyashala at Yadavagiri, passed away in the wee hours of today in city. He was ailing since a few days.

His wife had predeceased him and he was residing in the quarters of Sri Ramakrishna Vidyashala.

Last rites were held in Mysuru today, according to sources.