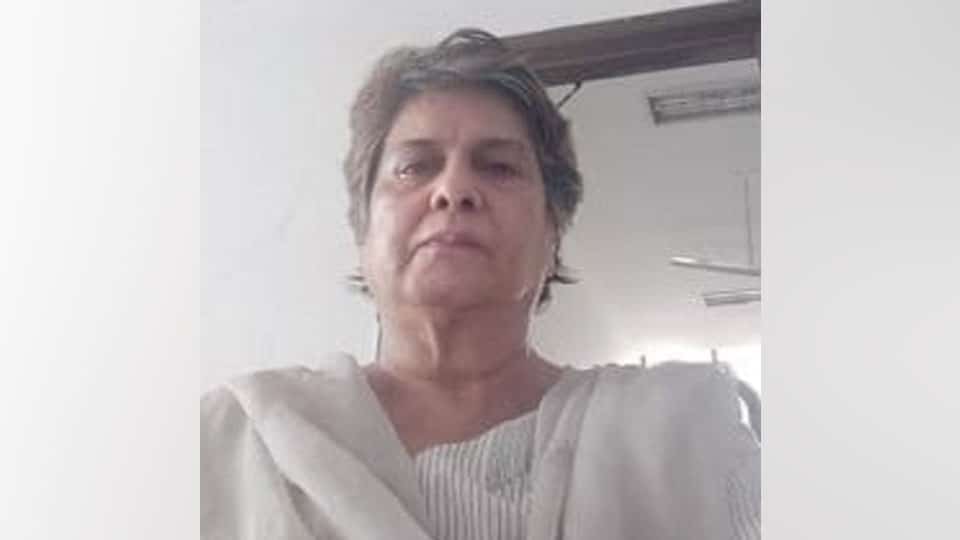 New Delhi:  Former Union Minister P.R. Kumaramangalam’s wife was murdered last night at her Delhi home. Kitty Kumaramangalam, 67, was found dead at her house in South Delhi’s Vasant Vihar. She was suffocated to death with a pillow, as per the initial probe. On Tuesday, at around 9 pm, Kumaramangalam was alone at her home with her house help when a washerman (dhobi), who worked for her, barged into the house – along with two other men – with an intent of robbery, Police said.

He held the domestic help hostage in a room, then attacked Kitty Kumaramangalam and murdered her, officials added. Police were informed at around 11 pm. While the main accused Raju has been arrested, two others, who helped him, are still missing.

Kitty had served as a Supreme Court lawyer. “The incident happened at around 9 pm when the house help opened the door for the family’s washerman. When the help opened the door, he overpowered her, dragged her to another room and tied her. In the meantime, two other boys entered and overpowered Kitty Kumaramangalam. They suffocated her to death using a pillow,” Ingit Pratap Singh, Deputy Commissioner Police (DCP), Southwest Delhi said.