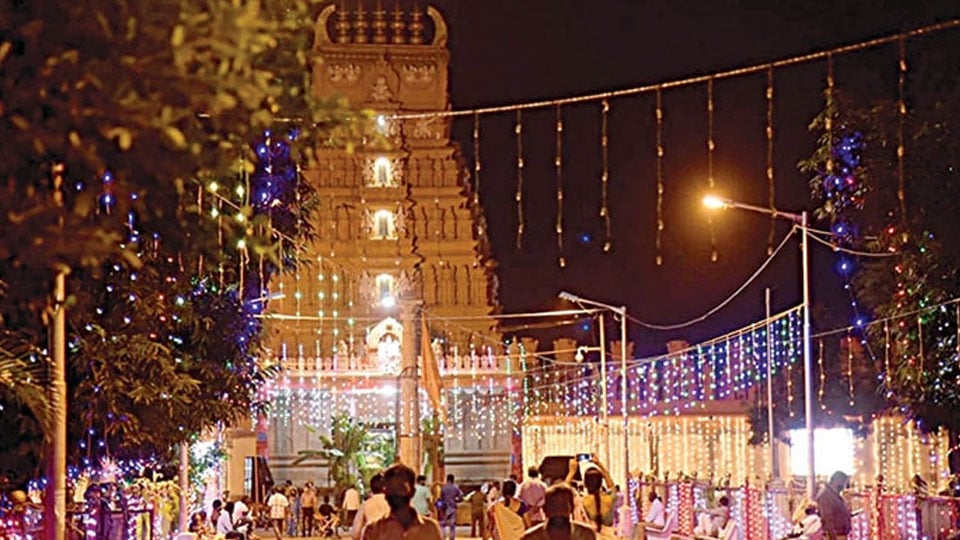 Bengaluru: As part of world famous Mysuru Dasara, it has been decided to celebrate Chamarajanagar Dasara from Oct. 7 to 10.

A decision in this regard was taken at the Dasara meeting chaired by Chamarajanagar District Minister S.T. Somashekar at the meeting hall in Vidhana Soudha on Wednesday, where it was decided to celebrate Dasara in Chamarajanagar District Centre from Oct. 7 to 10 in a meaningful way. It was also decided to hold cultural events in the evenings at Sri Chamarajeshwaraswamy Temple premises in the town by following COVID guidelines.

Speaking at the meeting, Minister Somashekar instructed officials to extend the duration of cultural events, hold more number of programmes so that more artists could be given opportunities. He also instructed CESC Officials to illuminate prominent roads, circles, Government Offices and other places as done in last year.

The MLAs instructed officials to create awareness in taluks on the district-level Dasara celebrations, illuminate taluks, create a festive atmosphere and make necessary preparations for the same. Grants for Dasara celebrations were also discussed at  the meeting.