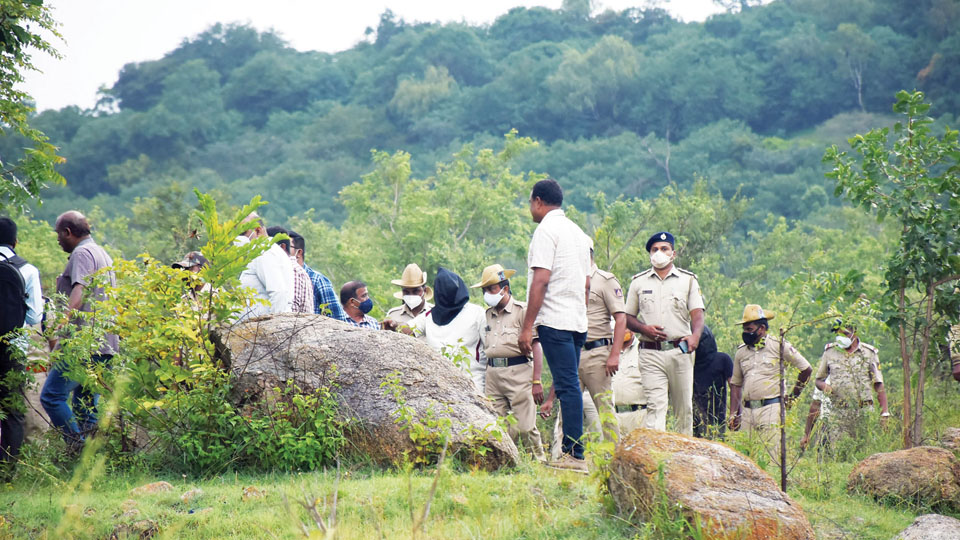 Mysore/Mysuru: The girl student, who was gangraped at the foot of Chamundi Hill near Lalithadripura last month, took part in the identification parade yesterday at Mysuru Jail.

The victim informed the investigating officers that on Aug. 23 at about 7.30 pm, when she was with her friend at a secluded spot at the foot of Chamundi Hill near Lalithadripura, all the accused, whom she had identified had sexually assaulted her.

The whole process of the identification parade and the victim’s statements were videographed by the Police.

The victim was brought to Mysuru Jail amidst tight Police security and was taken back safely after the identification process.