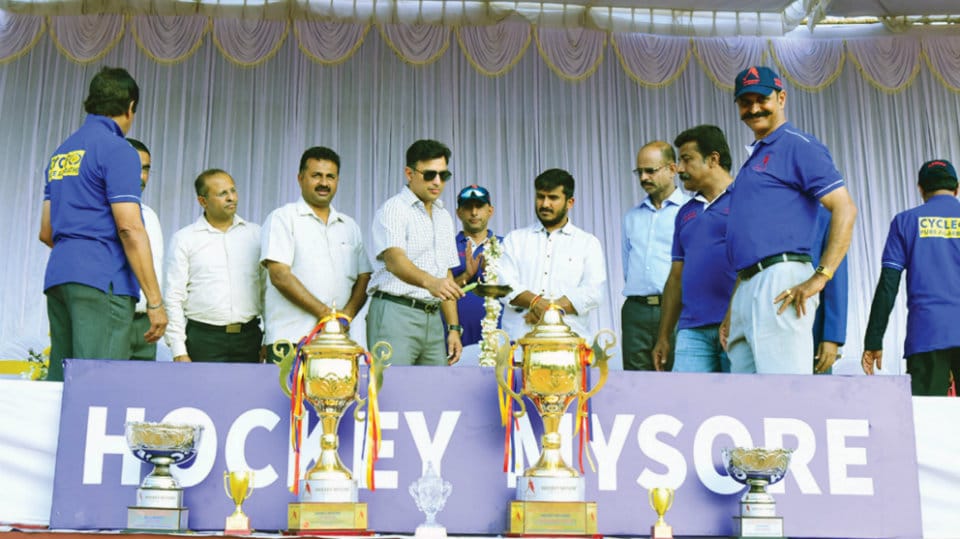 Hockey Coorg with two wins from their two games from Group ‘A’ topped the Group and entered the semi-finals in the Hockey Mysore Invitation Cup-2018 Inter-District State-level Men’s Hockey tournament which began at the University of Mysore’s (UoM) Hockey Grounds here on Thursday. Hockey Coorg registered  wins over Hockey Bellary 7-0 and Hockey Hubli 6-1 respectively and topped Group ‘A’ with six points and qualified for the semi-finals.

A total of 12 district teams are taking part in the four-day tournament which is played on a league-cum-knock-out basis.

Speaking on the occasion, Harish Gowda said that hockey needs to be promoted and more and more tournaments need to be played to give exposure to the upcoming players. Hockey, our National Game, has been popular in Kodagu and many players from there have gone on to represent our country. He assured all help from his side for conduct of more tournaments and lauded the efforts of the organisers Hockey Mysore for conducting this tournament. 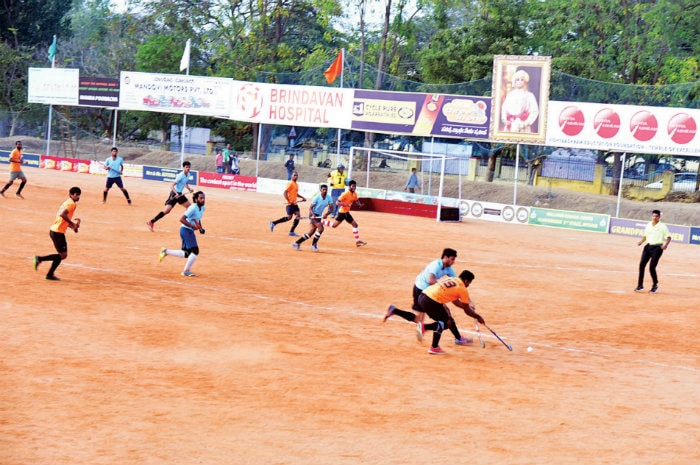 The players of Hockey Coorg (in blue jersey) and Hockey Hubli seen in action in the Group ‘A’ league match of Hockey Mysore’s Invitation Cup-2018 Inter-District State-level Hockey tournament played at the University Hockey Grounds here on Thursday evening.