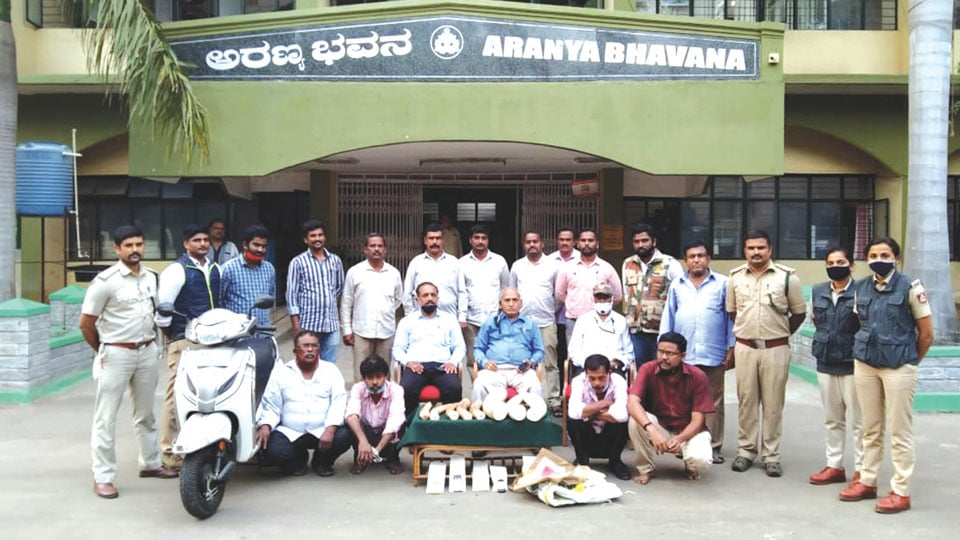 Mysore/Mysuru: Four persons including two from Kerala have been arrested by the Mysuru Forest Mobile Squad while they were trying to sell elephant tusks in city and have seized eight tusks weighing 25 kg from them.

The arrested are Prestine Silva and Jayaprakash of Thiruvananthapuram (Trivandrum) in Kerala, Mohan and Ramesh of Udayagiri in Mysuru.

Acting on a tip off that four persons were trying to sell ivory near the Railway Under-bridge, close to Highway Circle, the Forest staff, who surrounded the place, succeeded in nabbing the accused and seized the tusks from them, besides seizing a scooter (KA-09-HY-5438) used for the crime.

It is learnt that out of the eight tusks, six were very old and two tusks were approximately 10 years old.