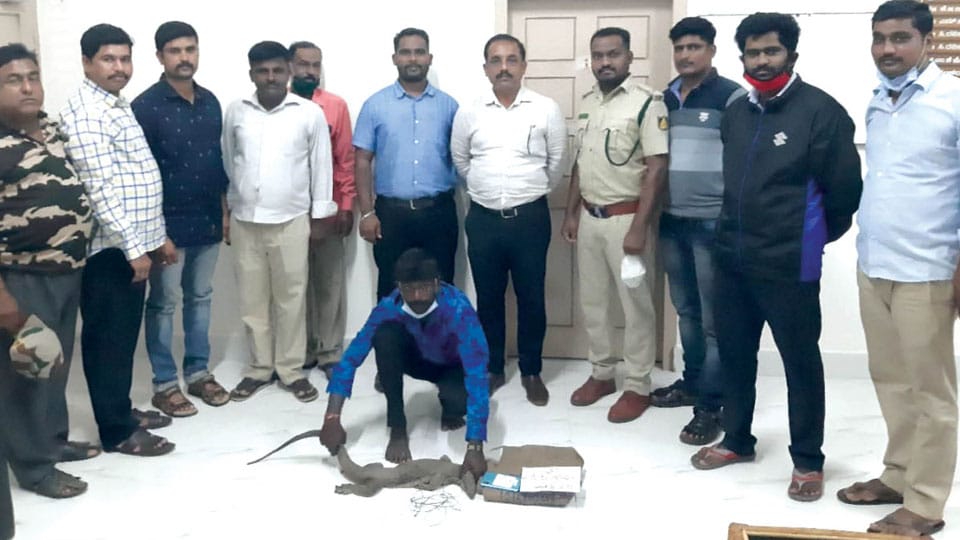 Acting on a tip off that a man was trying to sell a Monitor Lizard in Srirangapatna on Friday evening, the Forest Mobile Squad personnel raided the spot and found the accused along with the Monitor Lizard in a gunny bag and immediately arrested him besides rescuing the reptile.

During interrogation, the accused is said to have told the Forest officials that he found the Monitor Lizard in the drain near his house and had caught the reptile to sell it.

The accused was subjected to COVID test and was produced before the Magistrate, who remanded him to judicial custody.