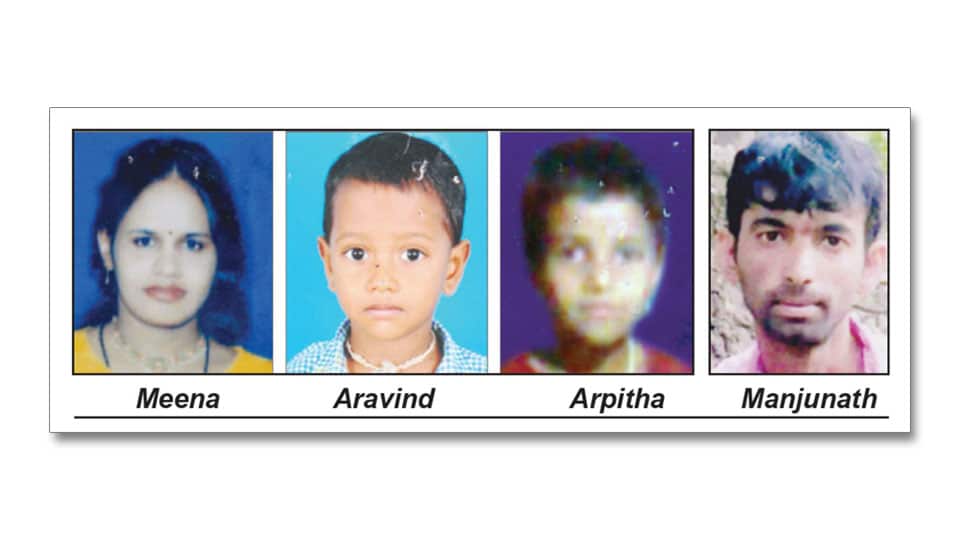 Four persons including a mother and children go missing

Mysuru:  In separate cases, four persons including a mother and her two children have been reported missing.

While the mother and children have gone missing from Rammanahalli village in the taluk from Mar. 28, the youth has been reported missing from Gayathripuram here.

In the first case, the missing woman and her children have been identified as 29-year-old Meena, wife of fruit trader Srinivas of Hunasemara Beedhi in Rammanahalli and his children seven-year-old Arpitha and six-year-old Aravind.

According to the missing complaint lodged by Srinivas, Arpitha had quarrelled with him (Srinivas) over their children going to play and left the house.

The Mysuru South Rural Police, who have registered a case, are investigating.

Those having any information about the missing woman and her children may contact Mysuru South Rural Police on Ph: 0821- 2444955 or contact District Police Control Room on Ph: 0821-2444800.

In the second case, a 34-year-old youth reported missing, has been identified as M.B. Manjunath, a resident of 1st Main, 1st Cross in Gayathripuram.

Manjunath, on Apr. 6 had a quarrel with his family members over financial issue, left the house at about 7 pm and has since gone missing.

Those having any information about the missing youth may contact Mob: 77608-14997.