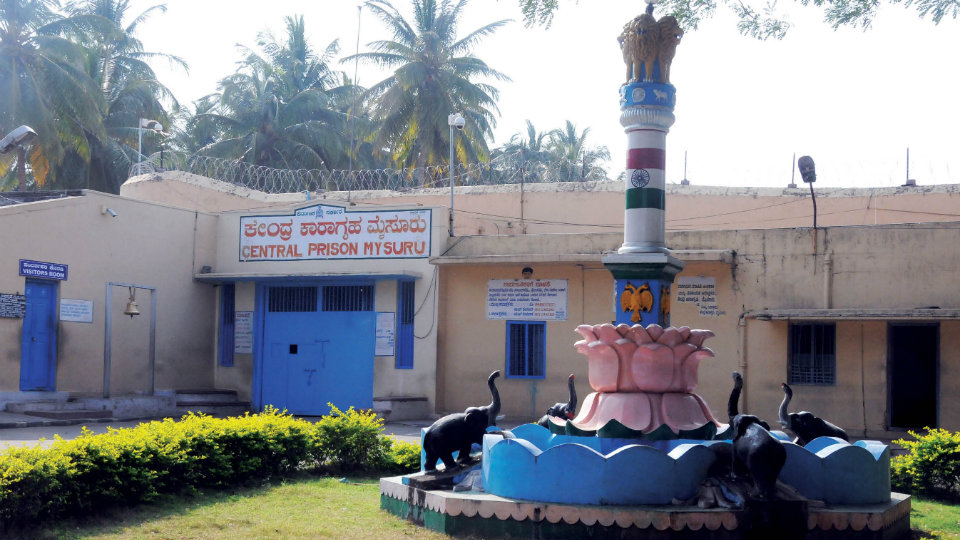 One of the oldest prisons in Karnataka, the Mysuru Central Jail will soon get a security upgrade. Not taking any chance on security, the Jail authorities have decided to construct watch towers for 24/7 and 365-day vigil. These towers will come up within the compound and once set up, there will be no room for hanky-panky.

In all, four watch towers will be set up at different directions and the staff manning these towers will coordinate with each other to keep vigil. The jail authorities have asked the Public Works Department to prepare an estimate for the watch towers. The towers will be of 20-ft height and the top portion of the tower will be fenced and linked to the present compound wall.

The security measures are being taken following reports of some outsiders throwing banned substance like tobacco, drugs and other narcotic drugs from outside crossing the walls of the jail. Some notorious criminals housed inside the jail ask their counterparts outside to throw drugs inside after wrapping the drugs along with either iron pellets or stones. In the past, there were a couple of incidents where banned substance has been seized from the barracks housing the jail inmates.

According to Chief Jail Superintendent P.V. Ananda Reddy, The construction of watchtowers is part of the overall process to upgrade security at the prison. “The Mysuru Central Jail is the biggest prison in South Karnataka and it is spread across 21 acres. The construction of watchtowers is the first major initiative to enhance security at the prison complex in its 156-year history,” he said.

“Although the prison is enclosed within 20-foot high walls, we have got reports of narcotics such as marijuana and mobile phones being smuggled inside. We have planned the watch towers to put an end to this though we are still in the initial stages of planning. PWD officials are helping us prepare the proposal,” said Reddy. Once the PWD prepares the estimate, it will be submitted to Additional Director General of Police (ADGP Prisons) N.S. Megharikh.

At present, there are 899 inmates in the jail including 62 women. There is a severe shortage of personnel and the existing 60 personnel have additional responsibilities of manning the CCTV cameras, visitor management, outside gate guarding and tapal. All the 60 jail personnel function in three shifts and it is a gargantuan task to manage the prison with skeletal staff.