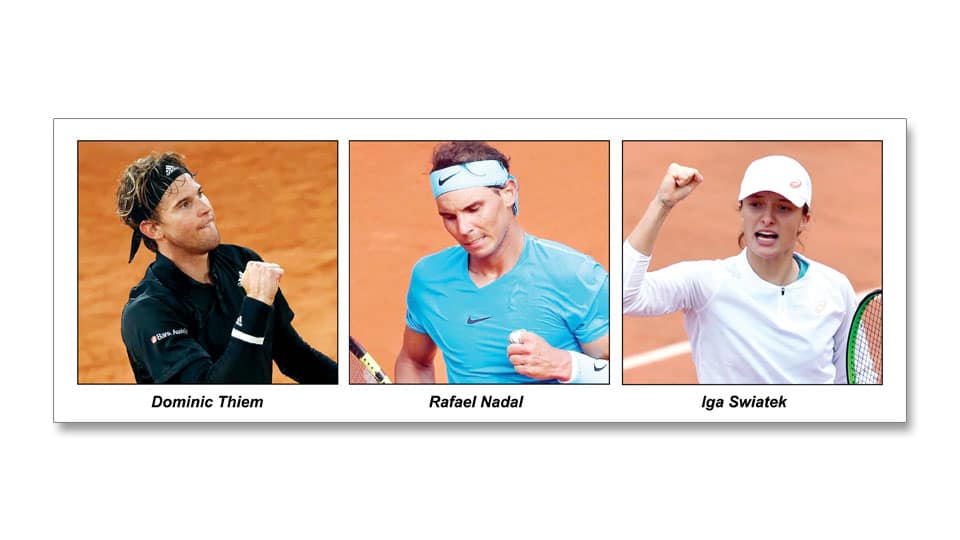 US Open champion Thiem, the runner-up to Rafael Nadal for the last two years in Paris, will face Argentine 12th seed Diego Schwartzman for a place in the semi-finals.

Second seed Nadal racked up his 97th win at the tournament against just two defeats since his title-winning debut in 2005.

He goes on to face Italian teenager Jannik Sinner in what will be his 42nd career appearance in the last eight of a Grand Slam.

Top seed and 2018 champion Simona Halep was sent crashing out of Roland Garros on Sunday when Polish teenager Iga Swiatek stormed to a shock 6-1, 6-2 victory to reach the quarter-finals.

Swiatek, just 19 and ranked 54 in the world, will take on Italian qualifier Martina Trevisan, who beat Dutch fifth seed Kiki Bertens, for a place in the semi-finals.

The 26-year-old Trevisan, ranked 159, registered a surprise 6-4, 6-4 victory to advance to the quarter-finals.