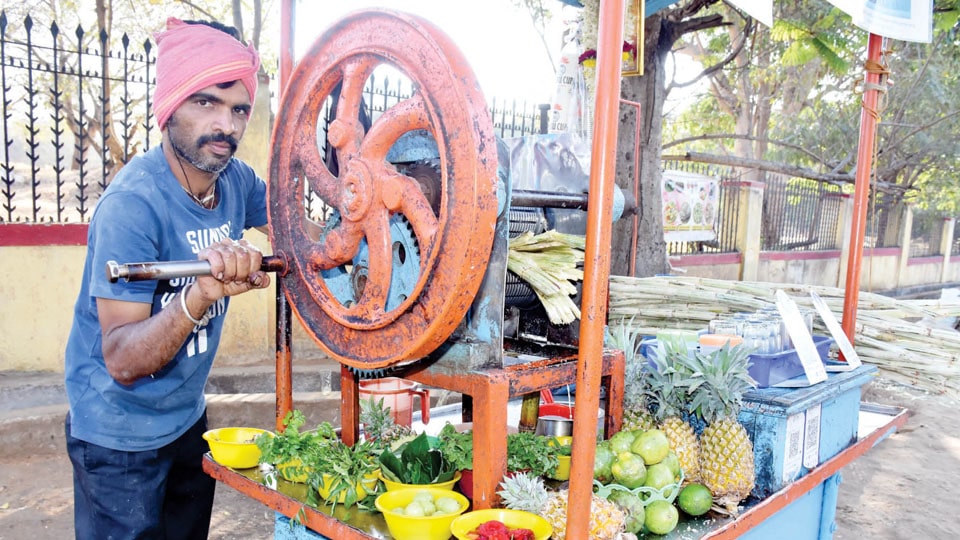 From Cocktails to Mocktails !

Necessity is the mother of invention! And when hard times hit you, the need to keep going brings out the creativity in you.

That’s what Jairam, who sells sugarcane juice near Crawford Hall in city, is doing now! Having worked as a Captain at Hotel Southern Star for years, where he served fancy cocktails, Jairam now serves fruity mocktails.

He had to think of ways to fend for himself when the hotel closed down during the pandemic. With his experience as a chef, food business was his obvious choice. Jairam had earlier worked at a sugarcane stall near the same place from 2003 to 2007, before joining Hotel Southern Star and so getting back to the same business was the easiest thing to do.

However, with so many sugarcane stalls all over, business didn’t take off as expected and that’s when Jairam had to think of something innovative and healthy. His experience in handling cocktails helped and his unique concoctions became a hit!

While generally sugarcane juice is mixed with ginger, lime and now even tender coconut, Jairam has a variety of blends. Sugarcane, gooseberry and citron lime (heralekayi); Sugarcane, betel leaf, rose petals; Sugarcane, bittergourd and pudina; Sugarcane, guava and tulasi and many more!

Sapota, wood apple, beetroot, carrot, turmeric — everything  mixes with the cane juice! You can also customise your drink if you don’t like the 14 different blends he makes!  A dash of cinnamon and black salt adds that extra zing to the drink. All this for Rs. 20 a glass.

Ask Jairam how safe is it to drink in his cart and he quickly quips, “Having worked in a reputed restaurant I know how to maintain hygiene and what the customers expect. So you can be assured that the drinks I serve are hygienic !”

With summer just round the corner and your craving for something not just cool but also healthy on the rise, you can head towards Jairam’s sugarcane cart! If you are not a juice person, you can try the spicy limbu soda!