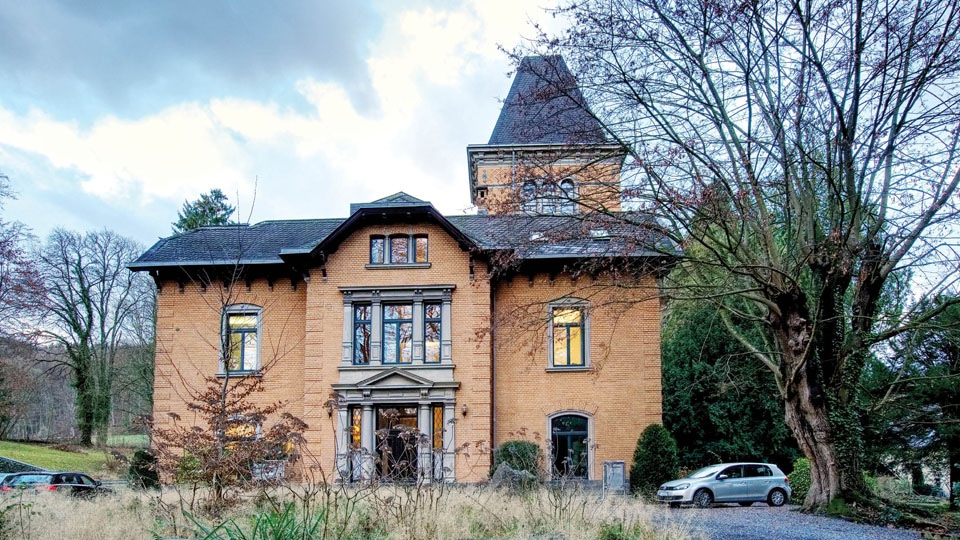 From East to West

A new diplomatic posting, though eagerly awaited, brings with it some trepidation and qualms. So it was for me when, from Tokyo,  Japan, my husband was posted to the Indian Embassy in Bonn in the Federal Republic of Germany in 1988. Though both Japan and Germany, along with Italy, were Axis Powers in the 2nd World War, the two countries could not be more dissimilar.

In the early 20th century, members of our extended family were more familiar with Britain than European countries like Germany. In the 1920s, “England-returned”, in the eyes of aunts, uncles and cousins, enhanced the eligibility of young men of marriageable age.

However, Germany was familiar to us in Mysore. My father, M. Venkatesh, an engineer with the Mysore State Railways, was sent for further training, first to England and then  to Germany in 1932. He had to learn German and visit railway factories. He kept a diary of his stay in England and Germany, now barely legible.

As a child I had a treasure chest, a beige painted wooden box, hidden in a cabinet in the drawing room of my home, a heritage railway bungalow in Mysuru. There were family albums of a bygone time; sepia prints of unsmiling men in Mysore Petas [ready made turbans]and saree-clad women in Victorian style puffed-sleeved blouses. One poignant photo showed a bejewelled young woman in an elaborate saree, flowers in her hair, a sorrowful expression on her face, posing against a painted studio background. After her young husband died, she was photographed for one last time in all her finery before being subject to the stringent austerities of widowhood then.

The box also contained postcards of Munich and its famous clock and a book on Essen illustrated with prints of old etchings. The 1932 Baedeker’s Guide and the pre-World War 2 street maps would have been of interest even now since Munich was bombed during the war and rebuilt. A set of small cards with coloured pictures of workers was later found to have been issued by the infamous firm of Krupps who supplied the lethal Zyklon B to the Nazi extermination camps. My father was in Germany only during the start of the Nazi era but he had seen enough to admonish unruly small grandsons, “Don’t behave like storm-troopers.” The treasure box and its contents have now vanished except in my memory.

We arrived at Frankfurt Airport in April 1988 and took the Lufthansa train to Bonn. The Ambassador’s Residence, “Villa Marienforst” in Bad Godesberg, had been rented by our Embassy from the current owner, Farmer Huttrop, from 1974 onwards. As we drove to our new home from Bonn Railway Station, our elderly Embassy driver, Ram Singh, proudly told me, “Aapka ghar kile ke jaise hai” [your home is like a fort]. Over  a hundred years old, it was a four-storey villa reputedly built in 1883 by the Engels family [of Friedrich Engels and  Karl Marx fame] and was first called “Villa Engels.” Renamed “Villa Marienforst,” it remained with the Indian Embassy until the capital shifted to Berlin. I recall German officials who lived in Bonn organising a “Laugh or Cry Party” to see which city would be the capital, crying if they had to move to Berlin!

The 4th floor attic became my painting studio with a “drone’s-eye” view of the spreading grounds below. A barn dating to the early 13th century, bounded the estate on one side. It was of historic interest and the German Government gave Farmer Huttrop grants to maintain the antique tiles, uneven roofs of the barn and out buildings, the pond and willow tree in their original condition.

The barn, now called “Gut Marienforst,” had originally been a nunnery and was disbanded. A monastery took its place. There was said to be a chapel on the grounds which disappeared. In 1802, following the movement for Secularisation, the property was sold and passed through several hands to its present owners, the Huttrops, who run it as a dairy farm selling organic produce and delicatessen items. The internet displays pictures of the unchanged antique walls and roof tops, the pond, the willow tree and the black and white Friesian cows I used to see.

READ ALSO  LOOKING BACK . . . On Grandparents and Children...

Ludwig van Beethoven was born in Bonn in 1770 and lived there till he was twenty two years old. The Austrian composer Franz Joseph Haydn helped him to relocate to Austria in 1792 and Beethoven never returned to his home though he ardently wished to “see Father Rhine again” before his death. As a young boy he had played the organ at the church of St. Remigius in Bonn. A question I was often asked by fellow diplomats was whether Beethoven had also performed in the chapel of the Marienforst monastery. Though the dates of his stay in Bonn before the disbanding of the religious order in the 1800s would tally with this story, there is no tangible proof of it. I will never know the truth. I imagine the strains of Beethoven’s music wafting over the pastoral landscape of Marienforst as his spirit drifts over his beloved Rhine.

14 COMMENTS ON THIS POST To “From East to West”