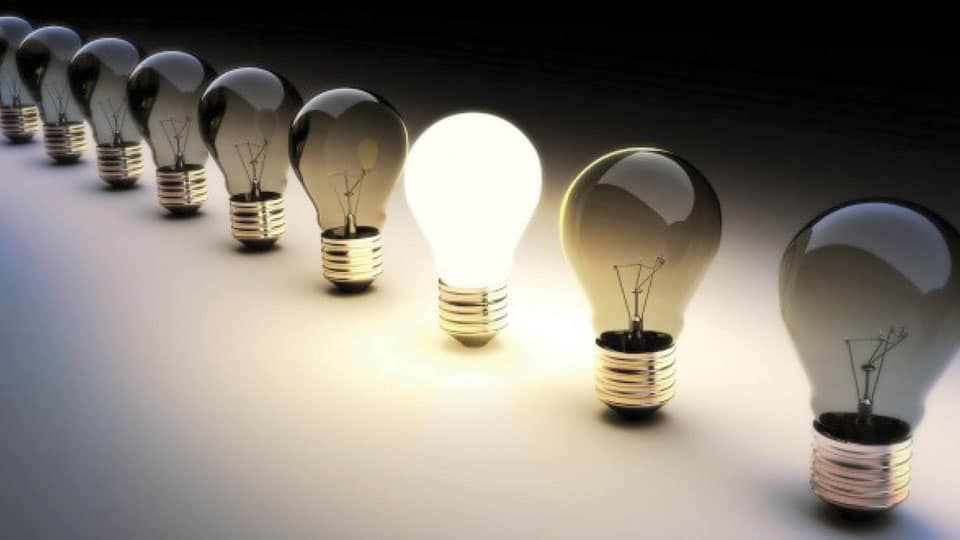 A WhatsApp  forward: A Senior Executive retired and shifted from his palatial official quarters to the Housing Society, where he owned a flat. He considered himself big and never talked to anyone. Even while walking in the Society Park every evening, he ignored others, looking at them with contempt.

One day, it somehow transpired that an elderly person sitting beside him started a conversation and they continued to meet. Every conversation was mostly a monologue with the retired Executive harping on his pet topic. “No one here can imagine the post and high position I held before retirement. I came here due to compulsions…”  And so on. The other elderly person used to listen to him quietly.

After many days, when the retired Executive was inquisitive about  others, the elderly listener opened his mouth and said, after retirement, we are all like fused bulbs, it does not matter what a bulb’s wattage is, how much light or glitter it gave; after it gets fused it gets thrown into a dustbin.

He continued, “I have been living in this Society for the last 5 years and have not told anyone that I was a Member of Parliament for two terms. On your right over there, is Vermaji, who retired as General Manager in Indian Railways. Over there is Singh saheb, who was a Major General in the Army. That person sitting in spotless white is Mehraji, who was chief of isro before retirement. He has not revealed it to anyone, but I know. Everyone here in this Society has been in seat of power much higher than the post you held but now have reconciled  to their retirement  and so are content and happy.

All fused bulbs are now the same, whatever its wattage was — 0, 7, 40, 60, 100 watts — it does not matter now. Neither does it matter what type of bulb it was before it got fused. When one goes to purchase a new bulb, depending on the brand, wattage, make etc., one has to shell out money but once fused, all bulbs from 0 watt to a costly halogen costs nothing  and that my friend, applies to you too. The day you understand this truth, you will find peace and tranquillity, even in this Housing Society.

The rising sun as well as the setting sun are both beautiful and adorable. But in reality, the rising sun gets more importance and adoration and is even worshipped whereas the setting sun is not even given the same reverence. Ironically, even doctors recommend the morning and afternoon sun for getting your daily dose of vitamin D !

It is better to understand this sooner than later. Our current designation, title and power are not permanent. Keeping lot of emotions with these things only complicate our life. Remember in chess, when the game is over, the king and the pawn go back in the same box.

Stark truth, the reality one has to face, specially for people who are in seat of power. Power corrupts and absolute power corrupts absolutely.  It is a nasha or intoxication and once you are out of it, it takes a long time for one to get used to the reality.

I was General Manager for a long time of nearly 28 years of Hotels ranging from 2-star to 5-star deluxe properties all over India.  In iTDC  the General Manager always stays in the campus in luxury. Unlimited entertainment, food and drinks on offer. So I had hundreds of relatives near and far, enjoying my perks of stay, food and pool etc. Now that I am out of power and staying in my own house I hardly get  anyone  to visit us or even phone us. But since I had accepted this  stark truth much earlier in my life even before retirement, this does not bother me. Only saving grace is that friends have not changed their attitude and still continue to behave the same way even in this “fused bulb” state.

The worst affected lot are politicians and Police personnel. They are so much used to men hovering around  and yes men, they really miss all that in their prime.  That is the reason many a businessmen never hand over the keys of business to their sons even in their prime. Why do you think the Queen of England has not abdicated  her  throne  to Prince Charles who himself is in his sixties now? Eternal Prince in waiting. Simple, the Queen knows that the day she is out of power, she will be relegated to a corner in the same Palace  she is ruling now. That is the reason all retired politicians somehow try to wangle a Governor’s post to enjoy power in peace.  Even Judges or retired bureaucrats wangle for some commission,  post-retirement.

Everyone has to become a “fused bulb” sometime in life and the one who accepts this state in his or her mind can live in peace and be  blissful. For people in business they have the luxury of deciding when they want to retire.

Does it mean that people in their prime have no role to play? Not at all. They can be good grandparents, mentors etc. Give advice when solicited only. Surprisingly this rule applies in the animal kingdom too. Lions and tigers who cannot hunt due to old age, slowly die, sometimes due to hunger !