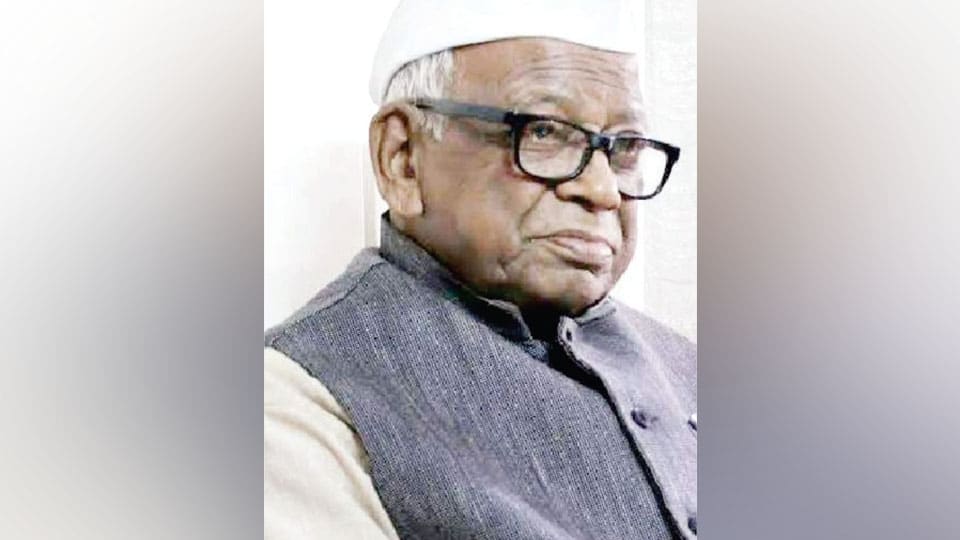 He leaves behind his wife and a large number of his followers. He was the President of Karnataka Gandhi Smaraka Nidhi. Srinivasaiah’s body was kept at Gandhi Bhavan in Kumara Park here for public viewing for sometime. His body was donated to M.S. Ramaiah Hospital as per his wish.

Influenced by Mahatma Gandhi during his student days, Srinivasaiah, who was an Engineering Graduate, joined Bharath Electronics.

He later underwent training in Rail coach manufacture in Germany. Srinivasaiah, a native of Choudhary Koppalu in Nagamangala taluk of Mandya district has about 80 works to his credit with one of them being ‘Naa Kanda Germany’.

Srinivasaiah who served as Gandhi Suraksha Nidhi President for many years, was also known as ‘Karnataka Gandhi’. He had also filed a petition in the Supreme Court over the Cauvery issue, seeking protection of interests of Karnataka.