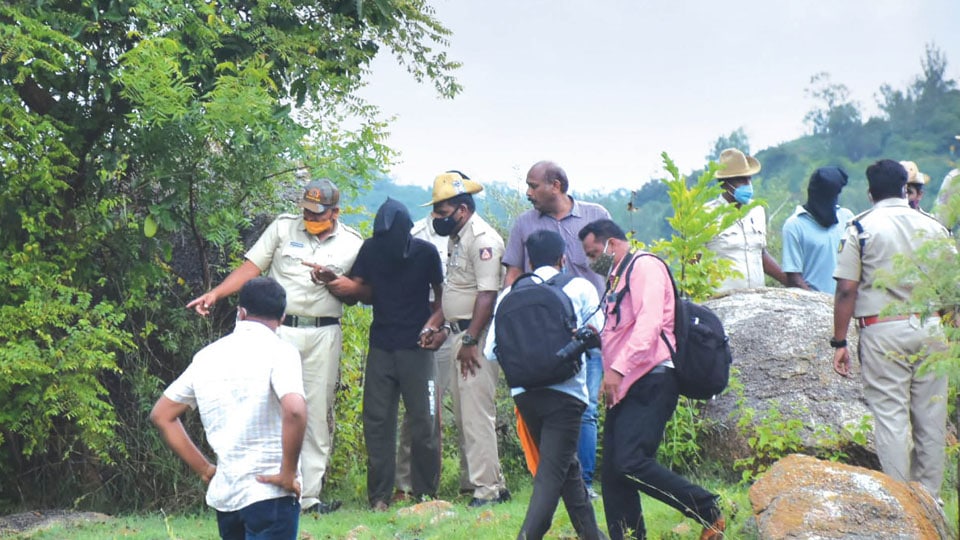 Mysore/Mysuru: All the six accused in the sensational gang rape of an MBA student at the foot of Chamundi Hill on the night of Aug. 24 will be produced before a Court today. The accused’s Police custody ends today and as per law, they have to be produced before the Court.

Sources told Star of Mysore that the six accused including a minor who claims to be 17-year- old will be presented before the Judge today evening. The Police have obtained their statements and it is not clear that if again the Police would seek them into their custody.

While five of them were arrested from Tirupur in Tamil Nadu in the first batch, one was apprehended later at his house in Tirupur. A team from Mysore Police are camping in Tirupur tracking the seventh accused who is on the run.

Aware that all his accomplices have been arrested, the seventh accused is giving a slip to the Police. However, sources said that he has already been arrested from a village near Tirupur but the Police are not confirming the same.

Meanwhile, the accused, who had partied at a bar before committing the heinous crime were taken to Sandhya Bar and Restaurant on the Mysuru-Nanjangud Road for mahazar yesterday. After consuming liquor at the bar, the accused had purchased a charger at Sangeetha Mobiles.

The accused were taken to the shop and the bar by the Police where the statements of the managers were recorded.