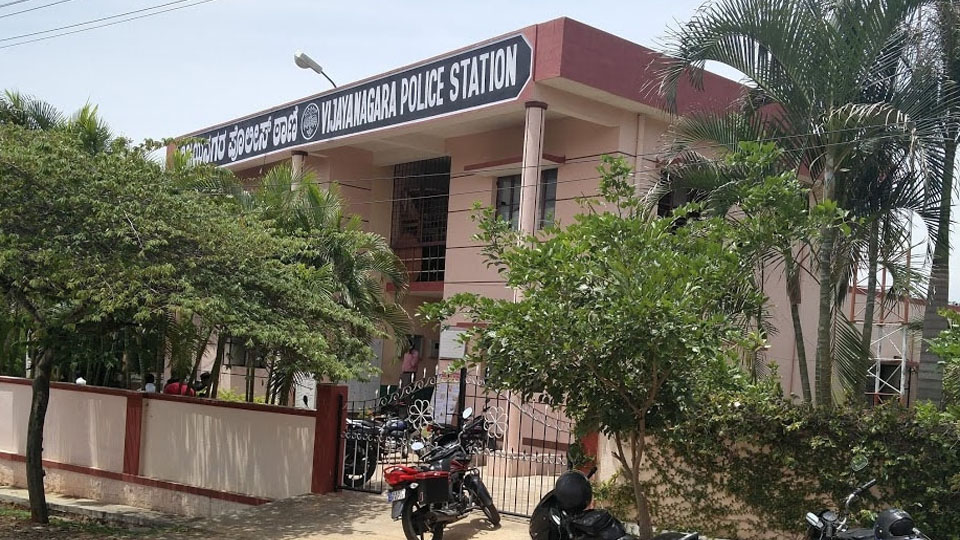 Mysuru: A girl, along with her friends, has looted gold ornaments from her uncle’s house at Hinkal.

Vijayanagar Police, acting on the complaint, have arrested the girl and her two friends besides recovering the stolen gold ornaments weighing about 20 grams and worth Rs.60,000 from them.

Those arrested are 21-year-old Sushma, a native of Boodanur, Arakalgud taluk in Hassan district, 22-year-old Manjunath and 21-year-old Charan of Gayathripuram in city.

Sushma, who was staying with her uncle Yoganna at Hinkal for a few months, had seen her uncle keeping the keys of the house on the window sill before going out.

A few months ago, Sushma, who moved out of her uncle’s house, began to stay with her friend at a rented house in Saraswathipuram. As Sushma was not going to work, she had no money.

On Aug.3, after her uncle left for work, Sushma, who came there along with her friends, took the key of the house, entered it, stole two gold bangles weighing about 20 grams kept in the almirah, locked the house and kept the key at its place and left.

Her uncle, who came back after his work, opened the almirah only to find the gold bangles missing. He then enquired with the neighbours, who told him that the girl who was staying at the house earlier had come along with two others.

The Police, who registered a case, took Sushma and two others into custody and during interrogation, the girl is said to have confessed of committing the crime along with her two friends, according to Police.