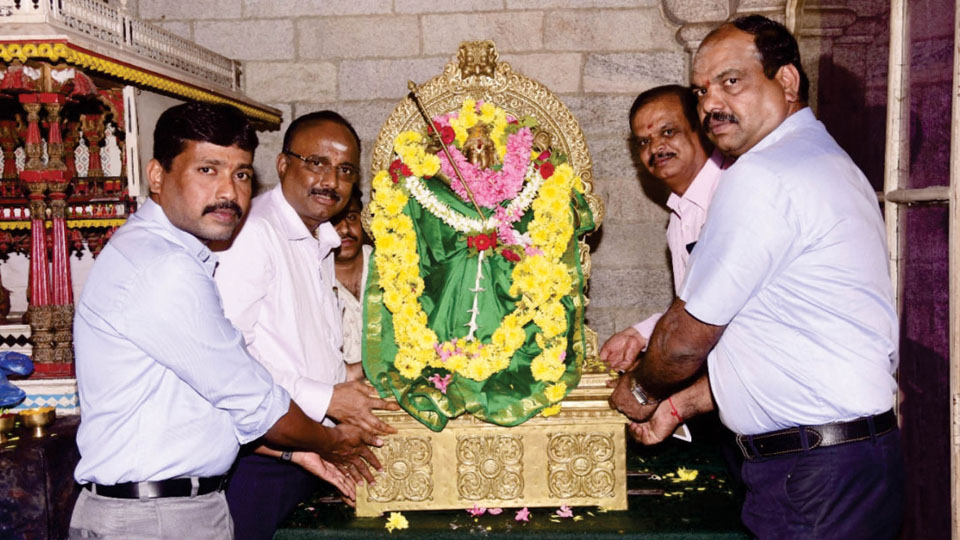 Mysore/Mysuru:  The idol of Goddess Chamundeshwari which is in the possession of Mysore Palace Board was shifted to Sri Chamundeshwari Temple atop Chamundi Hill yesterday and was handed over to the Hill Temple (Muzrai Department). The idol of the presiding deity is put on display inside the Palace Museum and is taken out during Dasara festival.

Special puja was performed to the idol before it was handed over to Sri Chamundeshwari Temple Executive Officer Govindaraju by Mysore Palace Board Deputy Director T.S. Subramanya.  Muzrai Tahsildar Krishna, Palace Assistant Executive Engineer Satish and others were present.