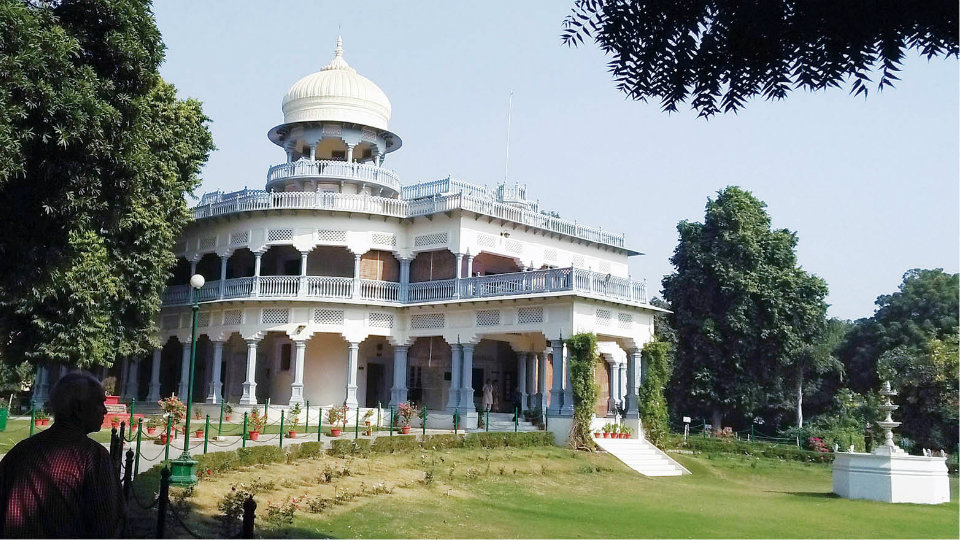 Commonly aired opinions about Uttar Pradesh (UP) have been that its cities and towns are dusty and dirty. With 828 persons per square kilometre, it happens to be a State with one of the highest density of population in India.

UP is also considered a “cow belt”.  ‘Jugaad’ is not an unsavoury word here. Rather it symbolises the region’s inventive instincts to find practical but simple solutions to complex problems. And ‘Jugaad’ finds its application in administrative and social problems as well!  Lawlessness is the commonly accepted feature. Corruption is a way of life here. With 80 Members of Parliament, this State has played a decisive role in the making or breaking Union Governments.

Frequent visits have kept me abreast with the nuances of culture and economy of the Western UP to which my ancestry belongs. But the differences in the dialect and the cultural traits on either side of the Ganga delta always fascinated us.

Further, the divergent views, derisive comments and political acrobatics (quite often one heard this State being disparagingly called “Ulta Pradesh”, implying that everything here is upside down), attributed to this State have been challenging us to visit the  Eastern part of  UP. This is how we ventured to tour the State for 15 days, covering 2,500 plus km by road and visiting 12 important places. All these cities and towns located across the region’s length and breadth are places of historic, religious and tourist importance. They also reflect a wide spectrum of economic, sociological and linguistic divergence.

Having toured the State’s capital, Lucknow, for two days, we went on to visit Ayodhya, Faizabad, Kushinagar, Gorakhpur, Varanasi, Sarnath, Allahabad, Agra, Gwalior, Orchha and Jhansi. Here is a panoramic view of our tour.

Contrary to many assumptions and apprehensions, we found many pleasant surprises awaiting us.

All along our tour we found that connectivity between cities and towns was very good. Well planned roads of good standard connect Lucknow – Ayodhya – Gorakhpur – Kushinagar; Varanasi – Allahabad – Agra.  We could easily go at a speed of about 100 km per hour without any obstruction. READ ALSO  Self-propelled and cleverest among BJP's State Chiefs, Adityanath could emerge as the star to watch

Yamuna Expressway, linking Agra with Noida, was launched by former UP CM Mayawati as a part of Taj Corridor Project. Later when Akhilesh Yadav became the CM, he went a step ahead and linked this Expressway from Lucknow to Agra. The result is a world-class expressway linking Lucknow and New Delhi. Our travel on this road, though only of 75 km, was an experience in itself. More so as it was in Uttar Pradesh! A nearly 27-km long flyover bypass over Kanpur, one of the most congested cities of not only U.P but also of the country, and nearly 20-km long flyover bypass over Gwalior are standing examples of sensible planning that has ushered in an era of economic development by cutting short travel time. Even if they are a part of national road development, the very fact that this large State utilised the project for its own good, deserves admiration.

Compare this with our struggle to have an unobstructed travel between Mysuru and Bengaluru. Old bypass roads have totally failed us. Yet, no flyover or bypasses have been provided for even in the new six-lane project. Mysuru-Bengaluru Road link seems to be jinxed.

Every place we visited we found genuine attempts to keep them clean. Eastern UP, known for mosquito-borne diseases due to unhygienic surroundings, is now getting a facelift. At Triveni Sangam in Allahabad, thousands of village folk visit there to perform rituals of their deceased relatives. Here too, we found groups of people and scores of vehicles involved in cleaning beaches, resulting in clean sands despite thousands footfalls 24×7. 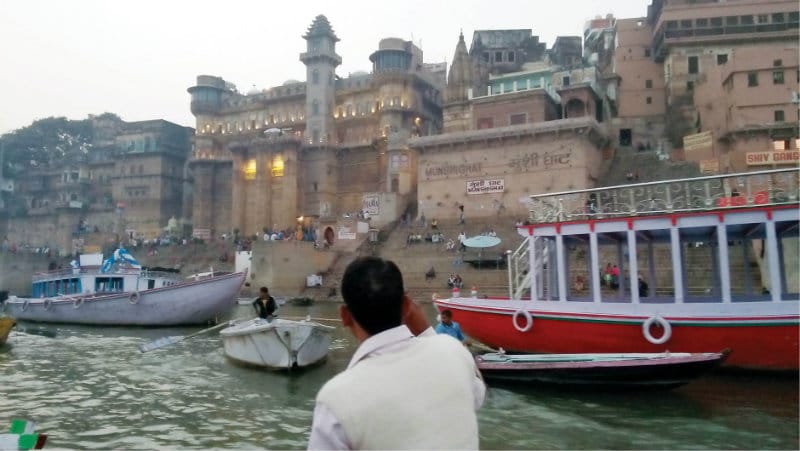 We took a boat ride to reach the confluence of rivers, Yamuna and Ganga (river Saraswathi is invisible). We found the waters of both the rivers quite clean and dredgers working on both the rivers to mop up floating materials. The scene was equally heartening at Varanasi where the river as well as the ghats was quite clean.

Plastic ban has been implemented quite effectively. Traditional earthenware, of all sizes and shapes, has replaced plastic and plastic-coated cups and plates. Tea is served in small earthen ‘Kullads’ (tumblers), whereas ‘sakoras’ (saucer-shaped earthenware) are in use at roadside eateries to serve ‘chats’. This eco-friendly move was seen across the State, and in every place we visited. This obviously has mitigated the plastic menace and revived the potter’s jobs. 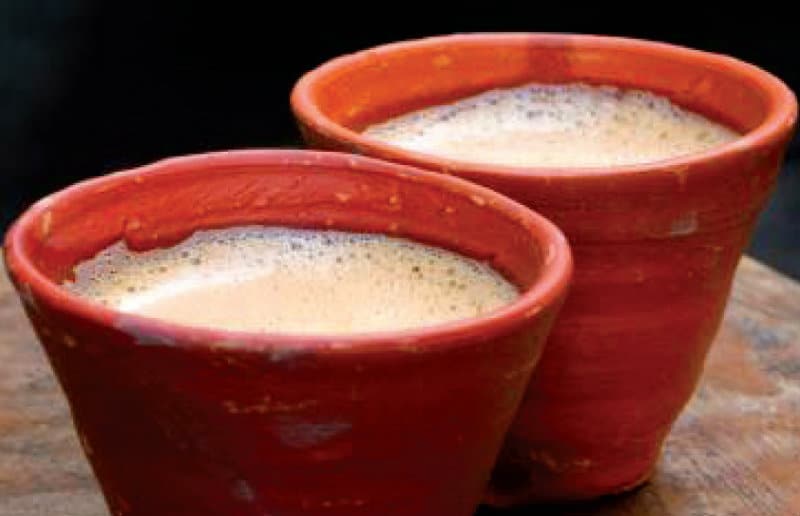 Wherever we went, be it Lucknow, Varanasi, Allahabad or Agra, Jhansi or Gwalior we found that electric autorickshaws in some places carrying the name ‘Mayuri’, have more or less completely replaced petrol, gas, and diesel-driven autos. They are noise-free, pollution-free and tourist friendly. This is an exemplary development within a very short time.

As the winter was setting in, shops were full with woollen wears and people were thronging to buy them. We saw a sea of customers at every commercial establishment, be it sweat-meat shops, chat centres, Gajak-Revadi (winter specialties in the North) outlets or malls. This kind of scenes of vibrant economy prevailed in every city.

It was feast for the eyes to see that Allahabad, Lucknow and Agra have large gardens within the city areas which certainly are much bigger and better than those of our own garden cities Bengaluru and Mysuru.  In Mysuru, the gardens and greenery are shrinking instead. Allahabad is known for its Allahabadi guavas, which have a distinct taste and look like apples externally. We were told that the city also has its mangoes with a distinct taste. This proves the deeply-rooted horticulture in these cities.

On the whole, our tour threw up so many surprises that we now feel that this State, despite its mammoth size, is way ahead of many States in genuine development.  It is generally believed that students from UP facilitated the growth of engineering and medical colleges, in Karnataka between 1970 and 2000 (for reasons known to everyone).

However, the present day UP has its own top-class educational institutions offering professional courses.

But there are problems such as extreme levels of economic disparity, regional imbalance, religious polarity, caste conflicts and political machinations.

These problems get accentuated due to high density of population and large geographical area of the State. May be creation of smaller States like Bundelkhand out of present UP, (on the lines of Uttarakhand), might be beneficial to the overall growth of the entire region.