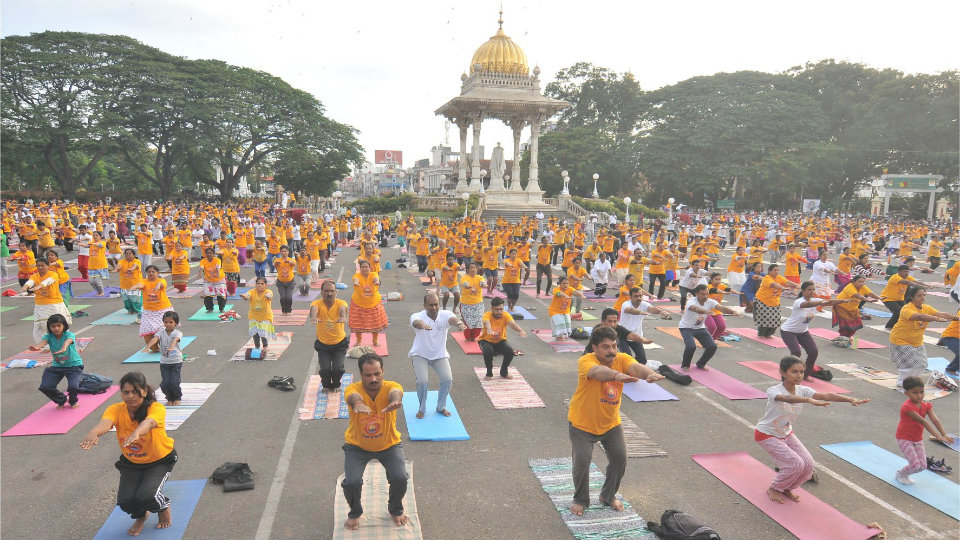 Though the District Administration had expected around 5,000 yoga performers today, they were not disappointed as nearly 2,500 yoga enthusiasts turned up to perform at Kote Anjaneyaswamy Temple premises. They performed various asanas from 7 am to 8 am.

One more rehearsal will be held on June 18 and the main event is on June 21.

Yoga performers, irrespective of age and gender, took over the stretch from Kote Anjaneya Swamy Temple and around Chamaraja Circle and traffic between K.R. Circle and Hardinge Circle was blocked. 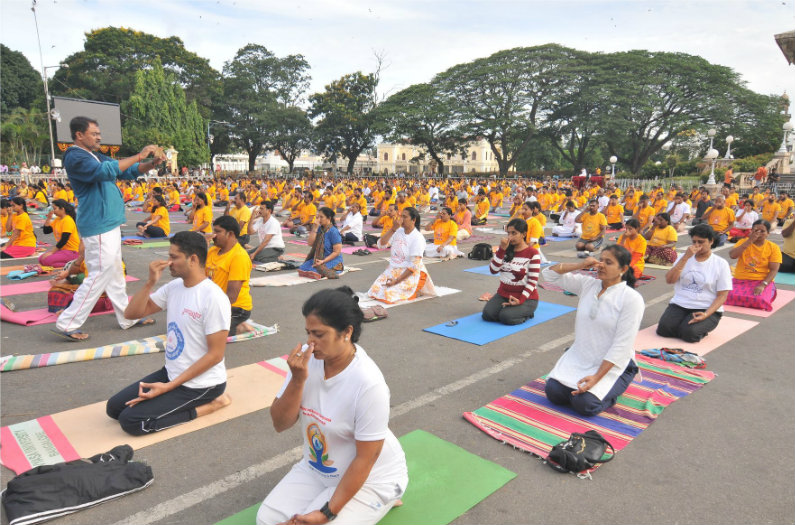 The District Administration had prepared for the event and had laid barricades around the venue last night itself.

Residents, yoga enthusiasts and schoolchildren started assembling at the venue from 6 am and began the yoga session after a warm-up round that began at 7 am.

A three-minute prayer was also observed. Over 15 types of exercises were performed as part of warm-up session and participants performed 19 Yogasanas for about 30 minutes.

Speaking to Star of Mysore, Deputy Commissioner D. Randeep said that the event had received good response though they had expected over 9,000 participants. “This is probably due to our announcement that was made late. We will start preparing for the next rehearsal on June 18 from today itself and will mobilize over 30,000 participants,” he said.

Registrations for the mega event on June 21 can be done at www.yogadaymysuru.com 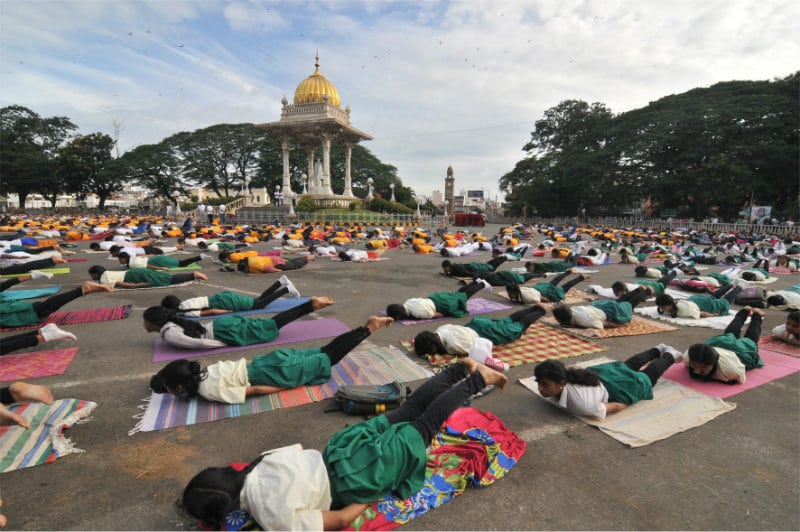 A helicam or a drone was used to record today’s yoga rehearsal. When asked about the ban imposed on drone usage by Directorate of Civil Aviation, DC Randeep said that they had sought permission from the Airports Authority of India and the Police to use a drone to record the event.

“While private parties have no permission to use drones, government agencies can use them with permission. Also, since we are attempting a Guinness Record, it is important for us to send images and videos to Guinness authorities,” he added.