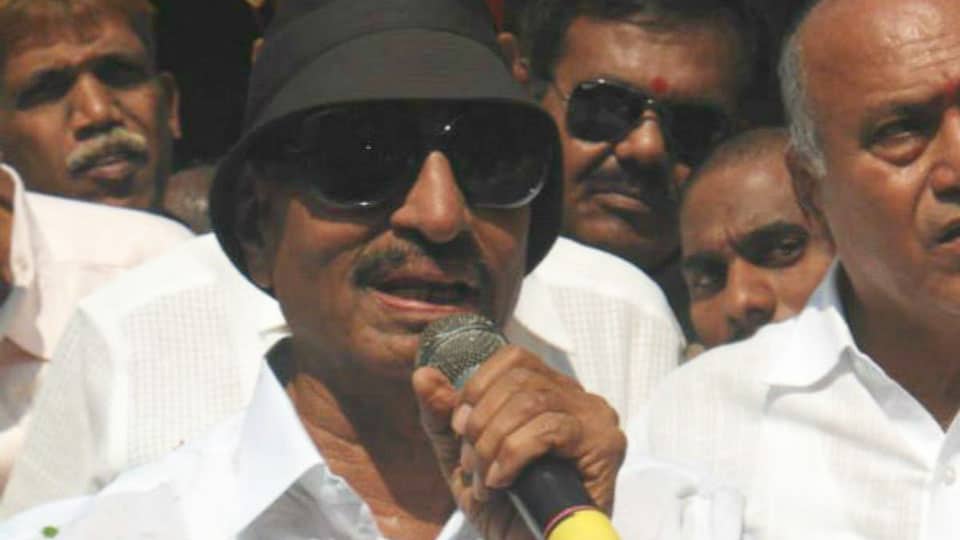 Mysuru: Expect tomorrow’s Karnataka Bandh to be a low-key affair in Mysuru as services of KSRTC buses, autos and taxies will remain normal. It will also be business-as-usual for schools and colleges, private and government establishments.

Kannada Okkoota has called for a State-wide dawn-to-dusk bandh tomorrow demanding resolution to several demands, including drinking water and waiver of farm loans. The Okkoota is led by Vatal Nagaraj.

The bandh is also against Tamil Nadu’s opposition to the Mekedatu project across river Cauvery and proposal to privatise BEML.

Speaking to Star of Mysore, KSRTC authorities have said that bus services will be normal. DDPI H.R. Basappa too confirmed that all schools and colleges will remain open. Hotels and petrol bunks will remain open and it will be a normal working day for banks. Auto and taxi unions have not extended their support to the bandh.

Karnataka Film Chamber of Commerce President Sa.Ra. Govindu said in Bengaluru this morning that the bandh will be effective from 6 a.m. to 6 p.m.

Hospitals, medical stores and milk supply are exempted. “No film personality would be part of the protest, although cinema halls, including single screen and multiplexes would remain closed.

In Mysuru, however, cinema and multiplex owners said that they have not received any communication regarding the bandh. “As of now, we have decided to remain open. But if a decision is taken to shut shop by evening by film associations, we will comply,” a theatre owner said.