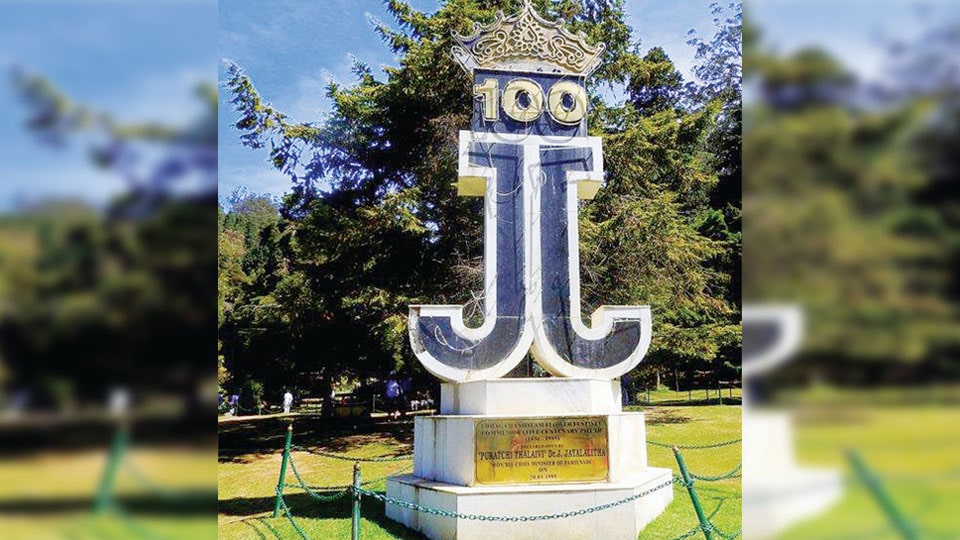 Ooty, known variously as Nilgiris and Udhagamandalam, is queen among mountains of Tamil Nadu. For Madras, now Chennai, which according to Britishers had only three climates — hot, hotter and hottest — blue mountains of Nilgiris was the hill station to migrate  specially when the climate in Madras was hotter or hottest. Altitude is 7,350 feet above sea level.

I first visited Ooty in 1960 as a law student staying in the hostel at the High Grounds, Bengaluru. Opposite to our hostel stayed Dewan Poornaiah’s descendants in a mansion with a small ornate stone temple at a corner. One of our hostel-mates, who got to know the owner of the house learnt that he had a house in Ooty and would be happy to spare it in case the law students wanted to visit Ooty. So it was. As students, free accommodation was a big deal. Since then I have visited Ooty many, many times — annually as a ritual for a few years for holidays when my children were in school.

On 8th Thursday, I went to Ooty after two years. I guess going to Ooty from Mysuru passing through two Reserve Forests — Bandipur in Karnataka and Mudhumalai in Tamil Nadu — is a bonus for the tourists who could see even as they drive a good number of games. You can find spotted deer, antlers, wild boars in hordes, bison, elephants, bears, peacocks and if you are  lucky, even tigers.

The roads are beautiful now, driving is no strain and pain like in the past. If you take the Masinagudi road and climb the Kalhatty Ghat slithering 36 hairpin bends, you save one hour arriving in Ooty in just three hours from Mysuru. Ooty is a plastic-free zone and the effort to keep it that way begins from the Tamil Nadu border of Mudhumalai. I saw workers collecting plastic water bottles and litters cast away from the vehicles in a sack to keep the roads clean. 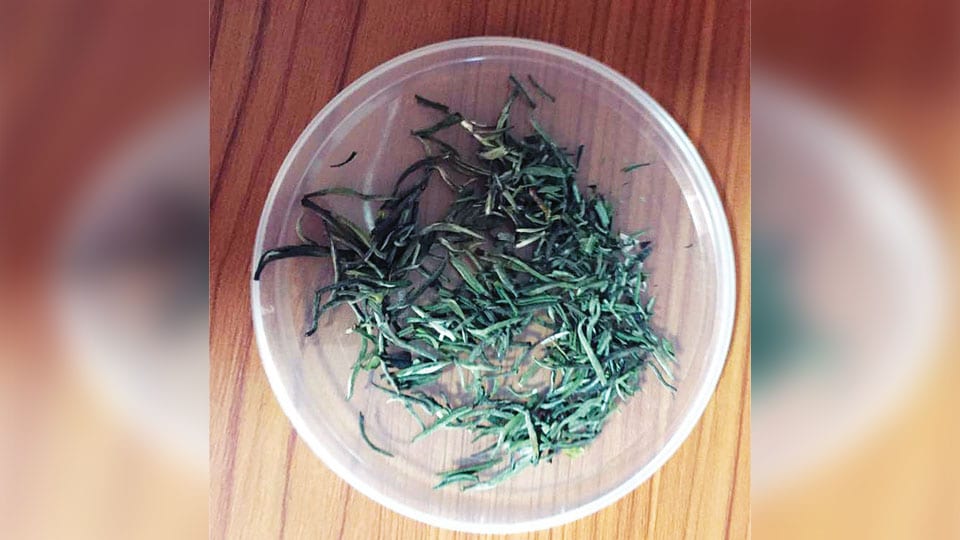 My experience is, staying in a good hotel is far better than staying in best of Clubs — at least regarding the service and  room comfort. Even about food. The choice is limited in a club but the corresponding  advantage is in cost — cost of the room and liquor. I stayed at Taj Savoy. I went by the Taj reputation. This is a heritage hotel with British history metamorphosed into a hotel from a school or a mansion. There was old world charm all around, including service. However, there is an immediate need to restore the kitchen heat in a cold clime of Ooty. The evening buffet dinner had no promised three non-veg items. There was no mutton-lamb. I remembered the words of my Professor G.T. Narayana Rao — if there is no love in the kitchen, there will be no taste on the dinner table. It was so true here. Same was our experience at the buffet breakfast — no variety, no class, the legendary Taj class. Let it be.

READ ALSO  Is there a God? Ask Stephen Hawking

The legendary Shinkows on Commissioner Road is as good as it was and for pure vegetarian Adyar Ananda Bhavan (A2B) is a blessing — you can have a steaming hot meal even at 3 pm, well-served, neat but too crowded. Toilets are too good for that rush. Location is ideal on the main commercial road. And when the bill came, I wondered if it was a mistake or the vote-bank Amma’s canteen bill. God bless the owners. A case of service to self and the hungry mankind in equal measure.

The good old Botanical Garden is over 100 years old developed by the British, it is in truth as old as the hills surrounding it. Only terraced flower-beds, exotic trees, manicured lawns and the area for the annual flower-show, a legacy of the British — a colourful, fragrant legacy. Jayalalithaa inaugurated the 100-year celebrations and a pillar of sorts stands there in memory of the year (see pic). Wonder if there is any film actor who has not trod the ground here or rolled over the lawns.

The Government Tea factory used to be one of the interesting tourist destinations on the way to the must-visit Doddabetta, the highest peak in Tamil Nadu. Now, I find another private tea factory a few meters down the Government Factory attracting visitors in competition. Its tea is known as Bench Mark and it has a Tea Museum too. We have heard of Green Tea, Black Tea, Oolong Tea and in different brand names, but I had never heard of White Tea till our guide in the private tea factory, one Neil Samuel, calling himself Tea advisor, told us all about this unique tea exclusively produced for export — price Rs. 16,000 per kg. It is called White Tea because it is neutral like water — colourless, odourless and transparent. Green Tea and White Tea are good for diabetes, sans sugar, of course. Incidentally, Neil Samuel tells me the word TEA  is an acronym and in its elaborate form means “Teympol Enzyme Acid”. In China, it is known as ‘Cha’ and in India, in Hindi, it is known as ‘Chai’. Some tea. Some price. Some claim. 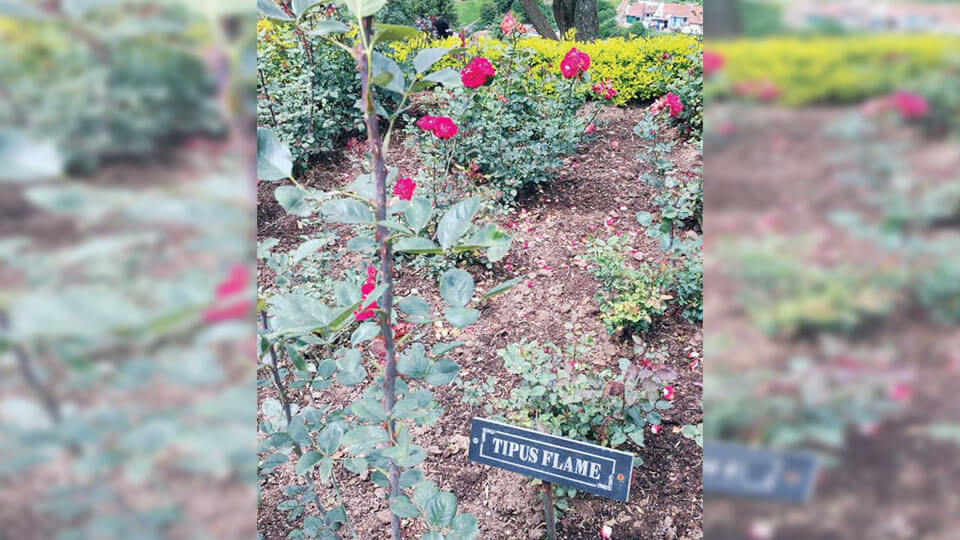 The enduringly beautiful must visit for a tourist is the Government Rose Garden. The First Flower Show at the Botanical Garden was held  by the British in 1896 and later by the Tamil Nadu Government since 1980 annually. The centenary of this great show was celebrated as a Festival on 20.5.1995 when J. Jayalalithaa was the Chief Minister and to commemorate this, a pillar of sorts was set up as I mentioned above.

It was to commemorate this great event of 1995 this Government Rose Garden was established at a place called Vijayanagaram nearby and inaugurated by the then Chief Minister. It occupies an area of 5 hectares in five terraces in the slopes of a hill. Rose plants of 4,000 varieties are said to be in the garden. I was surprised to learn about one variety named after Tipu Sultan called Tipus Flame (see pic). Every year Annual Rose Show is conducted during the 2nd week of May, the tourist peak season.

Be that as it may, the best tourist attraction of Ooty is its climate mixed with the subtle scent of eucalyptus.