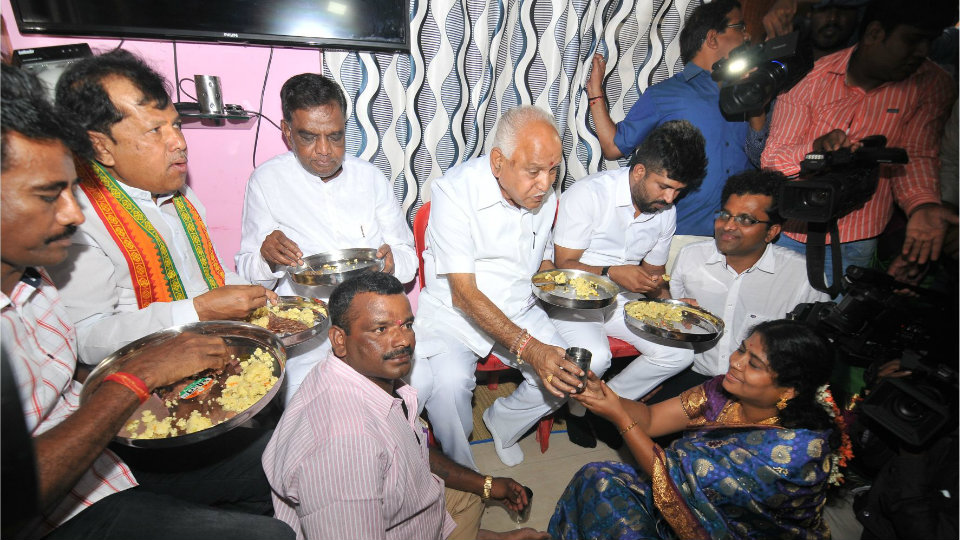 Mysuru: State BJP President and former CM B.S. Yeddyurappa set off the party’s ‘Jana Samparka Abhiyana’ campaign in the district by garlanding the statue of Dr. B.R. Ambedkar at FTS Circle on Mysuru-Bengaluru Road in city this morning.

Pointing out that he was touring the State to hear the grievances of the people, he lashed out at Siddharamaiah saying that he was having breakfast and lunch at Dalit homes in order to assess their living conditions and not for   the sake of publicity.

Questioning Siddharamaiah whether he had bothered to understand the real issues concerning Dalits, Yeddyurappa asserted that the Congress, which is posing as pro-Dalit, will be voted out of power in the 2018 Assembly polls.

Expressing confidence that the BJP would realise its ‘Mission-150,’ he said that the party workers would take Prime Minister Modi’s schemes and initiatives to the doorsteps of every household in a big way.

Earlier, Yeddyurappa who arrived over two hours beyond schedule, was given a rousing reception by the party workers at FTS Circle. 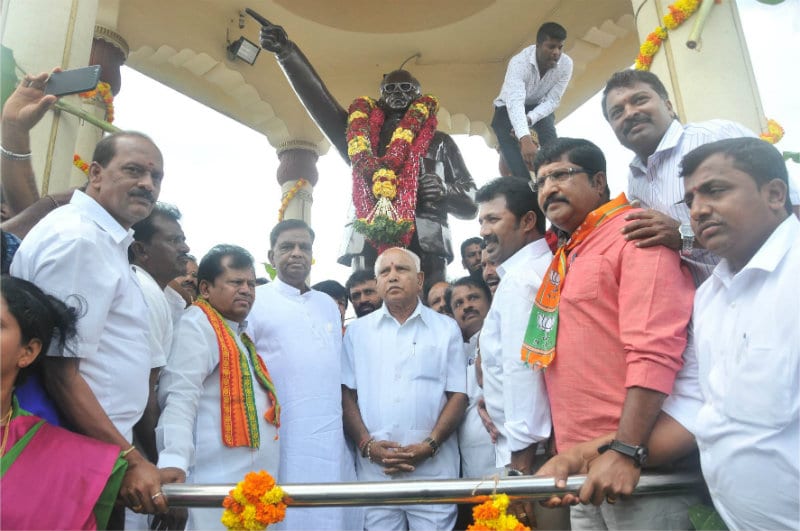 After having breakfast, Yeddyurappa addressed a gathering at closeby Kurimandi Maidan, where he targetted the Congress, saying that the party had showed scant respect to iconic Dalit leaders such as Dr. Ambedkar and Babu Jagjivan Ram.

Accusing the Congress of failing to confer Bharat Ratna on Dr. Ambedkar, Yeddyurappa said that the BJP prevailed upon the then Prime Minister V.P. Singh to announce Bharat Ratna to Dr. Ambedkar posthumously.

The State BJP Chief later left for Pinjarapole at the foot of Chamundi Hill, from where he will go to Shettanayakanahalli in Yelwal hobli and interact with farmers later in the afternoon.