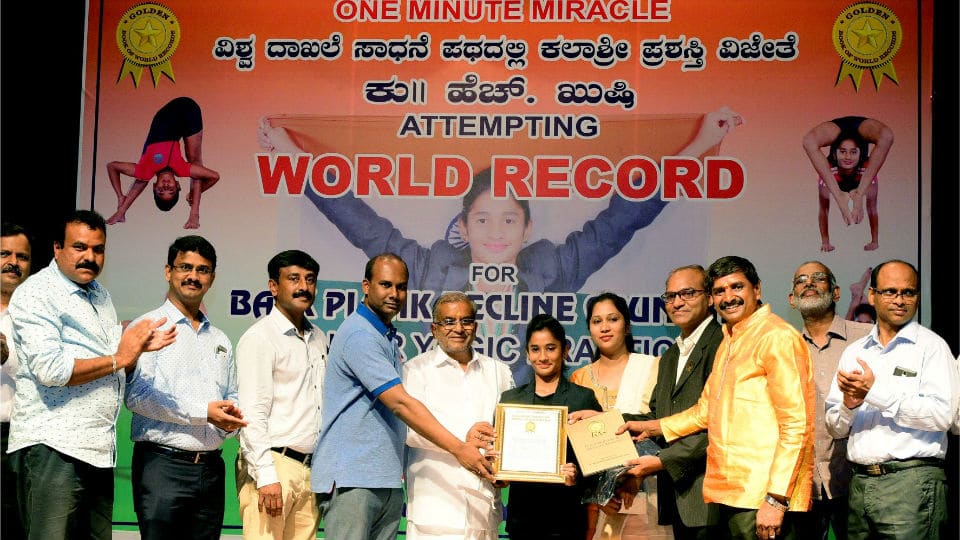 Mysuru: Mysuru’s yoga champ and Kalashree awardee H. Kushi, who attempted a World Record for ‘Back Plank Recline Cruncher Under Yogic Practice’, entered the ‘Golden Book of World Records’ for performing it 15 times in one minute this morning. A 9th standard student at St. Joseph’s Central School in Vijayanagar in city, Kushi, speaking after performing the feat, said that she wanted to create a World Record and has done it with the support of her parents. She said that she wants to become a yoga teacher.

Kushi’s father Hemachandra, expressing happiness over his daughter’s achievement said that he would support and encourage Kushi in future.