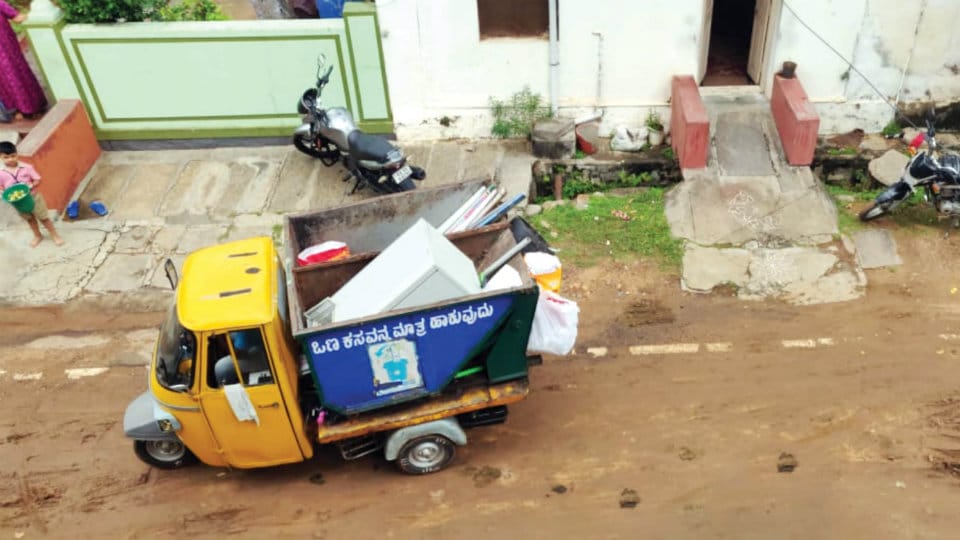 Mysuru:  The initiative of e-waste collection launched by Mysuru City Corporation (MCC) on 17th of every month has yielded positive results and last month, over 2,327 kgs of e-waste was collected. The initiative is called ‘E to G’ (Electronic waste to Green).

The drive was launched last month by the MCC in association with various voluntary organisations. As part of the project, Pourakarmikas would collect e-waste on 17th of every month and dump the same at the premises of all nine MCC Zonal Offices. Later, the collected e-waste would be auctioned and sold and the funds generated from the auction would be used for ‘Green-Mysuru’ initiative. A couple of authorised recyclers have evinced interest in picking up and recycling of e-waste.

E-waste is one of the fastest growing waste streams and India is the 5th largest generator of e-waste. More than 90 percent of e-waste ends up in the informal sector for recycling with serious repercussions on human health and the environment.

As part of the project, an awareness programme was held this morning in Krishnaraja Constituency where volunteers went on door-to-door campaign urging the residents to hand over e-waste and not to dump them along with the wet and dry garbage generated at their homes.

This morning, over 800 Pourakarmikas, armed with 235 pushcarts and 165 auto-tippers went around the city to collect e-waste. The collected waste included batteries, computers, mobile phones, television, tube lights, chargers and printers.

Three Nodal Officers have been specially named for the purpose of co-ordinating the e-waste collection.