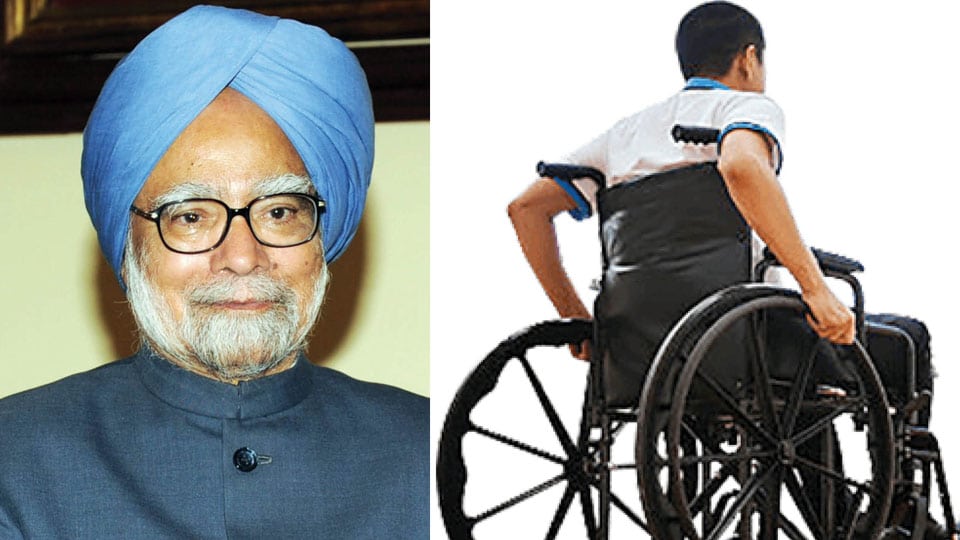 A few days back, I read what is generally known in journalistic parlance as ‘human interest’ story in News Trail, titled ‘Orissa High Court orders reinstatement of physically challenged teacher’ or what we call ‘differently-abled’ teacher.

The name of the teacher is Santosh Kumar Padhi. He had earlier served at a school (Kokodaguda) for three years as a helper (SikshyaSahayak). The school is located in Nabarangpur district of Orissa.

He was later appointed as a Junior Teacher in the same school with effect from April 28, 2014. However, he was ‘disengaged’ from service on February 5, 2018. Santosh Kumar Padhi then moved the High Court challenging the removal order.

The High Court passed the order on April 5, 2022, saying that ‘disengagement’ of the petitioner from service is unsustainable in the eye of law and quashed the order.

The judgment passed by Justice S.K. Mishra was tempered with so much of mercy that he directed not only the reinstatement of the teacher in service, he also ordered payment of full back wages and all other service benefits with effect from the date of Padhi’s disengagement. More importantly, the Judge’s order must be implemented within a period of four weeks.

This order relating to the time-bound payment of service benefits is specifically passed, probably because, as we all know, the bureaucrats habitually delay implementing any such orders for one reason or the other. We call it bureaucratic ‘red tape.’ Apparently, the learned, wise and compassionate Judge knew about the mindset and waywardness of the bureaucrats, no matter the beneficiary is a physically challenged person.

The school authorities had raised an objection (after so many years) against the Disability Certificate, saying that it is not in the proper statutory form. However, the school authorities had overlooked the fact that the content of the said certificate was proved to be correct. The kind Judge had observed “Mere technicality cannot stand on the way of conferring appropriate benefits on the person concerned.”

The officer, who was the cause for Santosh Kumar Padhi’s troubles, was the State Commissioner for Persons with Disabilities. Wonder how many more differently-abled persons like Padhi must have suffered under this bureaucrat.

The Judge is so gentle and humane, that he observes “obviously the teacher cannot be blamed for the same (disability).” Padhi was subjected to test by the Medical Board twice and on both the occasions found the disability as the reality.

What the Judge Justice S.K. Mishra said further should be an eye opener to all Government officials and elected representatives and, of course, the Ministers. Justice Mishra said according to the report: “It must be kept in mind that the State is supposed to be a model employer and as such cannot be allowed to take actions that are arbitrary and not countenance in law.”

As I read this report, I was reminded of what our former Prime Minister Dr. Manmohan Singh said as the Prime Minister. He assured the nation that “My Government will have a human face.” Of course, that assurance evaporated in thin air. He also had a second term in 2009 and his term ended in disaster for other reasons.

The report about this differently-abled teacher clearly shows the ‘human face’ of the judiciary while we could not find the ‘human face’ in the Government as promised by the then Prime Minister himself.

It is interesting to know the chronology of Santosh Kumar Padhi’s timeline-of-service in that school. He joined the school as SikshyaSahayak on Apr. 29, 2011, during the Prime Ministership of Dr. Manmohan Singh, who spoke of ‘human face’ in administration.

That ‘human face’ continued to work its magic on Apr. 28, 2014 (Dr. Manmohan Singh was still the PM), when Padhi was appointed as a Junior Teacher in the same school.

However, luckily for Padhi, Justice S.K. Mishra was there to uphold the principle of ‘human face’ in administration.

This kind of incidents take us to a more serious question of the availability of legal protection to bureaucracy even when they make mistakes, knowingly or unknowingly, for reasons of corruption or vengeance.

When a citizen feels that he is unjustly treated by a Government Officer and reacts in an abusive or violent or resentful manner, there is protection to the Officer under the law. The Officer can file a Police complaint against the citizen-victim on the ground of obstructing a Government servant from discharging his duty.

Interestingly, today’s Deccan Herald carries a news item which says that a local Court in Mangalore has sentenced farmer Sai Giridhara Rai of Sullia taluk for two years of simple imprisonment under IPC Section 353 (for deterring public servant from discharging his duty) and other relevant sections.

The reason for conviction is that the farmer Sai Giridhara Rai had expressed his anger over frequent load shedding and low voltage at the then Energy Minister D.K. Shivakumar over the phone. Beware of Government servants and Ministers.

If a Government Officer makes a mistake in his decision or action, he takes cover under the plea that it was a bona fide mistake.

This brings me to that noble precept engraved on the massive granite facade of our VidhanaSoudha, the Legislative Assembly building. The wordings are: “Government’s Work is God’s work” ( ಸರ್ಕಾರದ ಕೆಲಸ ದೇವರ ಕೆಲಸ). Really?

Tailpiece: A news item in Deccan Herald titled “Top Court questions undue sympathy to delinquent officer” is also about the ‘sympathy’ these Government servants get from various constitutional and government quarters. We have some Soloman-like Judges and Officers to deal with these delinquent officers, but their number is negligible.

7 COMMENTS ON THIS POST To “Government must have ‘human face’: Ask Dr. Manmohan Singh”