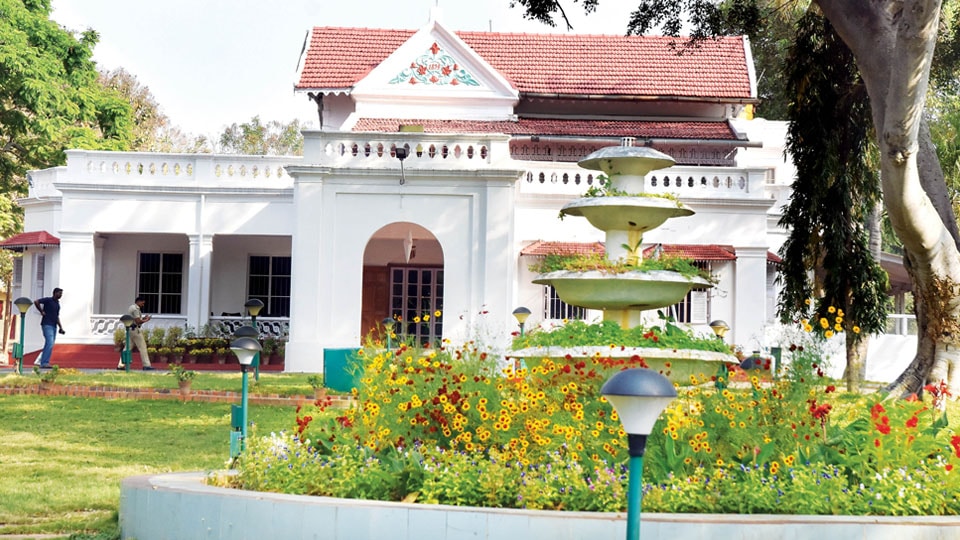 Investigation on renovation initiated based on MLA S.R. Mahesh’s complaint

Mysore/Mysuru: The State Government has ordered a probe into the renovation work taken up at ‘Jala Sannidhi’, the official residence of the DC of Mysuru, a heritage structure. Principal Secretary, Revenue Department, Bengaluru, M. Sumithra has written to Regional Commissioner (RC) Dr. G.C. Prakash in this regard on June 18.

Acting on a complaint lodged by former Minister and JD(S) MLA S.R. Mahesh against the renovation work at ‘Jala Sannidhi’ during the tenure of IAS Officer Rohini Sindhuri as the DC, the Principal Secretary has asked the RC to inquire into the claim that the renovation work was taken up without the approval of the Heritage Conservation Committee.

The RC has been asked to submit a report on the matter to the Govt. within seven days. In his letter to Chief Minister B.S. Yediyurappa on June 5, MLA Mahesh had alleged that the official residence of DC is a heritage building and Rohini Sindhuri had renovated the structure without receiving prerequisite permission from the Heritage Conservation Committee and Rs. 16.35 lakh has been spent from Nirmithi Kendra on the renovation and repairing the floor with vitrified tiles, without any prior approval.

The probe against renovation work at Jala Sannidhi follows another inquiry ordered by the State Government against the construction of a swimming pool and a gym inside the official residence of the DC and here to, the RC was asked to investigate.

The MLA had stated in his letter, “When the DC wrote to the office of Executive Engineer, PWD, Special Wing, Mysuru, to take up the works, the officer approved the works with mandatory stipulations for Rs. 16.35 lakh. But the DC, being the Chairman of Heritage Conservation Committee, had directed PWD to release the amount to Nirmithi Kendra. But, PWD authorities have not released the amount till date.”