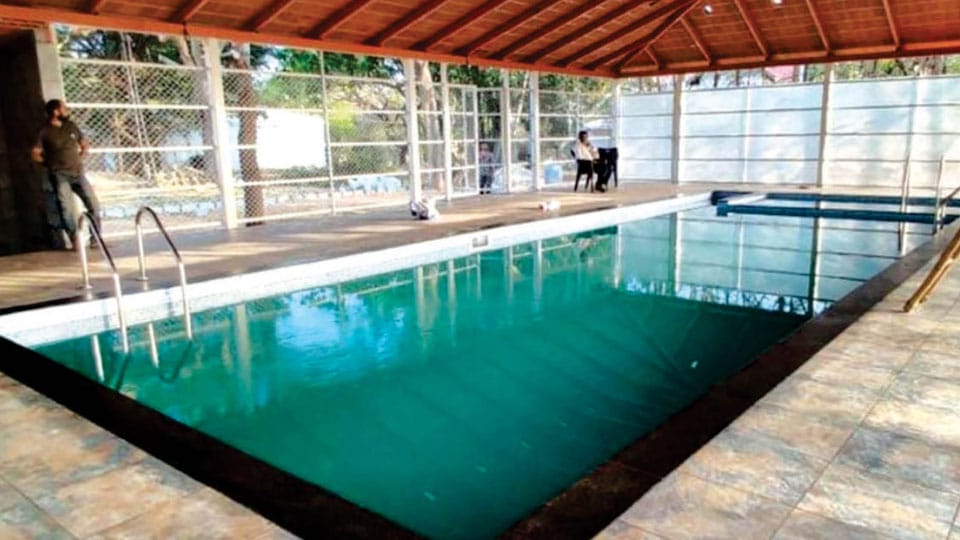 Mysore/Mysuru: Mysuru Regional Commissioner (RC) Dr. G.C. Prakash, who was tasked by the State Government to conduct an inquiry into the construction of a swimming pool and the indoor gymnasium in the premises of the official residence of the DC, has submitted his report to the State Government.

The undated report that was accessible to the media this morning stated that the swimming pool and the gymnasium built inside ‘Jala Sannidhi’ does not have any public interest. “After scrutinising documents related to the constructions, it has come to light that an estimate of Rs. 32,55,131.49 has been made to construct the swimming pool and the estimate has not been approved by technical committee or the Public Works Department,” the officer has stated.

Further, the pool has been constructed without prior administrative approval and there is no executive order that is related to the construction and there are no documents to prove the official understanding between any departments, the RC stated.

“As per the gazette notification of Urban Development Department of 21-04-2020, all works that have to be undertaken at heritage sites have to carry approval from Heritage Conservation Committee and such works must be bound by Heritage Regulations. But in this case, no such approvals have been taken. Also, the swimming pool that has been constructed inside the DC’s residence will be of no use to any public,” Dr. Prakash has stated.

“It has come to light that instead of constructing the swimming pool at places (Govt. land or at Taluk headquarters) that are easily accessible to public, the pool has been constructed inside the official residence of the DC without the approval from the Department of Archaeology, Heritage and Museums,” the RC has stated in his report.