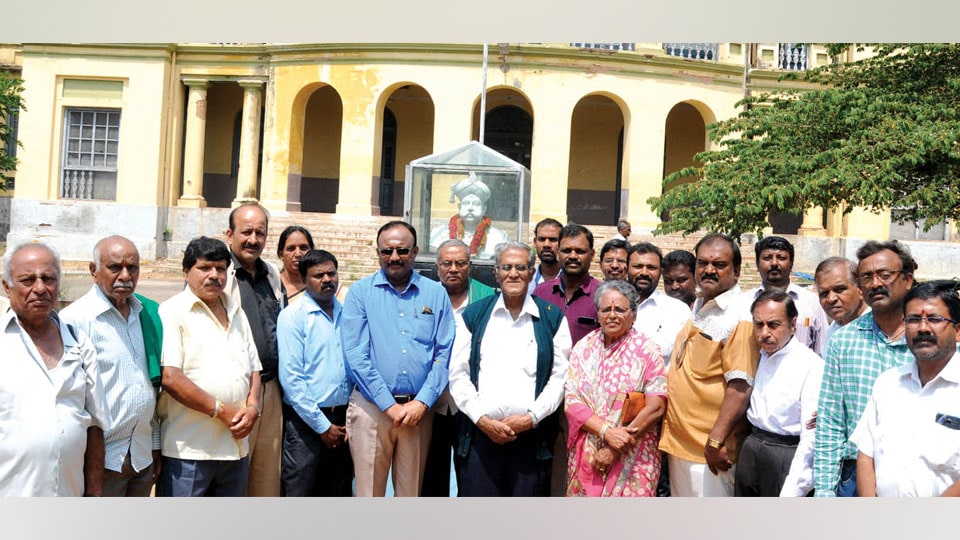 University of Mysore’s Oriental Research Institute Director Dr. S. Shivarajappa, recalling the contributions of Mummadi Krishnaraja Wadiyar to literature, culture and education, said that there is hardly anyone who contributed to these three fields so immensely.

“One must recall Mummadi’s concern for Kannada and Culture and its heritage. Hence, it is the responsibility of the Government to see that the services of such great rulers are remembered by observing their anniversaries. Only then will the youth understand the significance of such great leaders,” he said.

Former Principal of Maharaja’s PU College and Director of PU Education (Retd.) B.S. Sridhar Raje Urs said, “I was the Principal of this college twice and I had staged a protest demanding the installation of the bust of Mummadi Krishnaraja Wadiyar. Finally the bust was installed.”