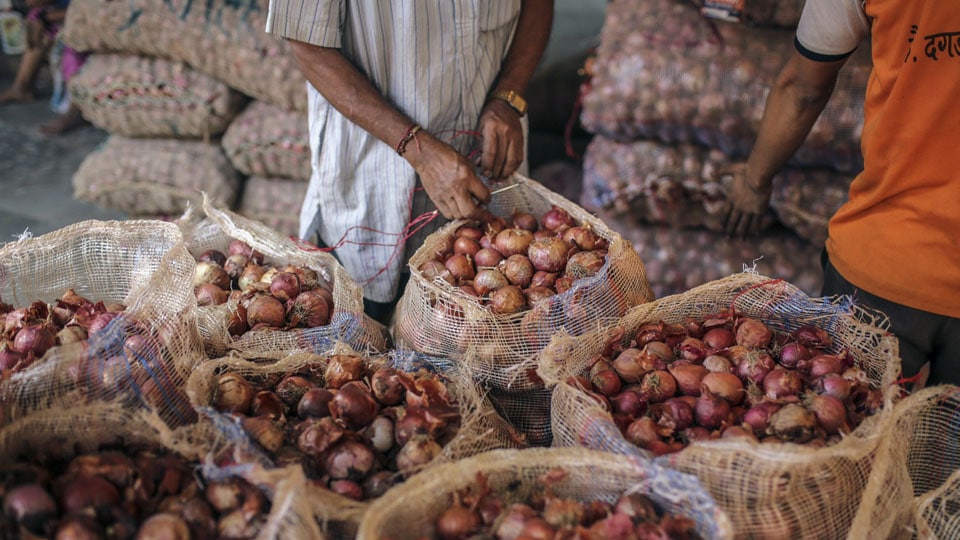 Government to import onion from Turkey to control sky-rocketing prices

New Delhi:  In a bid to control the sky-rocketing prices of onion in the retail market, the Narendra Modi led BJP Government will import 11,000 Metric Tons (MT) of onion from Turkey in addition to 6,090 MT from Egypt.

According to the Ministry of Consumer Affairs, the Metals and Minerals Trading Corporation of India (MMTCI) has placed the order on Centre’s behalf, which will reach India later this month. The staple food has crossed the century-mark in most of the regions and the prices are expected to touch Rs. 150 per kg in the coming days.

According to sources, MMTCI has contracted 11,000 tonnes of onion imports from Turkey and the consignments are expected in January next year. The company had placed an order for the first consignment of 6,090 tonnes of onion from Egypt which will be arriving at Nhava Sheva (JNPT), Mumbai in the second week of this month.

To monitor onion prices, a Group of Ministers, chaired by Home Minister Amit Shah, has already been constituted. Finance Minister, Consumer Affairs Minister, Agriculture Minister and Road Transport Minister are also members of this panel. A Committee of Secretaries (CoS) and Consumer Affairs Secretary is also constantly reviewing the situation.

Last month, the Union Cabinet approved importing 1.2 lakh tonnes of onion to improve the domestic supply. Exports have already been banned and a limit has been imposed on stock-holding for wholesalers and retailers for an indefinite period.