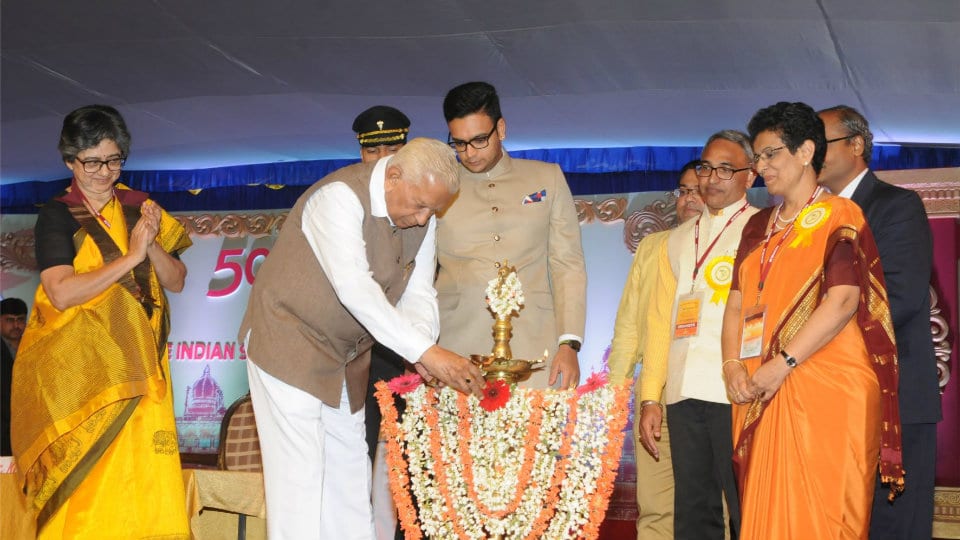 However, it is sad to see that when it comes to the instruments and equipment for speech and hearing, most of it is imported from abroad. “If we do research and manufacture it in our country then the cost will come down. What could cost Rs. Three lakh if it is imported, could be produced here at just Rs.50,000,” he said.

In the medical field, which is a service area, making money should not be the focus. “One can get immense satisfaction in the field by serving the poor and needy.

A few weeks ago there was problem between the Government and the private medical establishments regarding the amendment to the KPME Bill. But it was solved through mutual dialogue. This has given satisfaction to the medical fraternity too. Now, the doctors should provide proper medical care to the patients,” he said and lauded the efforts of Prime Minister Narendra Modi who is working in the interest of the nation.

Taking a dig at the male students, Governor Vala said, “Earlier in the education field males were bagging more gold medals. Now the number of boys bagging gold medals is going down and the girls bagging it is on the rise. Thus the women are empowering themselves.”

Hence, he asked everyone to work in such a way that they will get good results. Only then can a country progress, he said.

Yaduveer Krishnadatta Chamaraja Wadiyar recalled the contributions of the Wadiyars towards AIISH. “Jayachamaraja Wadiyar had visited a Speech and Hearing Institute in America in 1959. In 1965, he donated 22 acres of land to set up a similar institute in the country for the construction of AIISH,” he said.