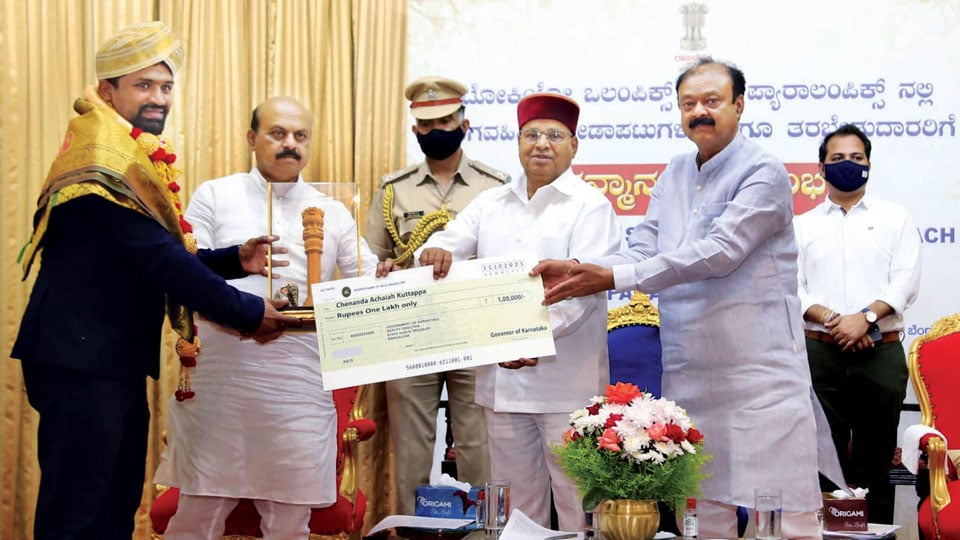 Bengaluru: Following hue and cry from the Kodava community that two Olympians from the community Subedar Chenanda Kuttappa (chief Indian boxing coach) and Kelappanda Ganapathy (sailor) were ignored by the Karnataka Government by not felicitating them for their participation in the Tokyo Olympics, the duo were called to the Banquet Hall of the Raj Bhavan in Bengaluru on Oct. 11 to be felicitated.

Governor Thaawarchand Gehlot distributed cash awards of Rs. 1 lakh each and mementos in the presence of Chief Minister Basavaraj Bommai and Sports Minister K.C. Narayanagowda. While Kuttappa himself received the honour, Ganapathy’s mother Kelappanda Reshma Chengappa received the honour on her son’s behalf as he is heading to another sporting event in Spain.