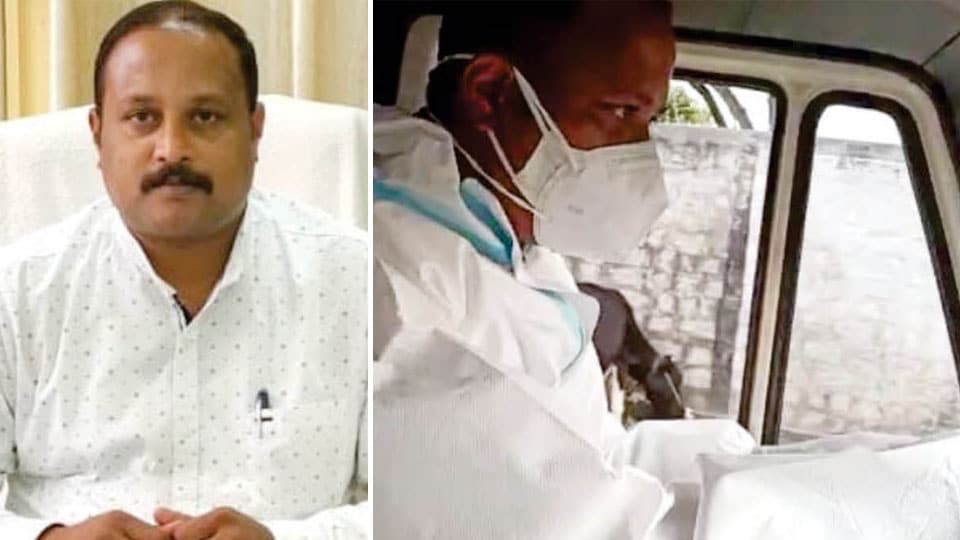 This Good Samaritan is Anil Christy, Births and Deaths Statistical Officer, Mysuru City Corporation (MCC), who is one among three Nodal Officers who were made in-charge of disposal of COVID victims’ bodies in city. His act has won the appreciation of Mysureans as well as Senior Government Officers. This is not the first time the Officer is showing such kindness as his team of dedicated officers had performed many last rites in the first wave of the pandemic.

A group of villagers, who had lost their family members, were waiting for someone to shift the dead bodies to crematorium. They were disappointed as they had to wait for a long time to perform the last rites of their deceased family member.

Seeing their plight, Christy decided to help them and without second thoughts, he wore a PPE kit, collected the bodies from hospital mortuaries and donned the role of ambulance driver till the crematoriums. His timely action was appreciated by Senior District Officers and citizens.

“As ambulance driver Ravi had certain health issues and he could not drive the ambulance I took to wheels as some people were waiting for the dead bodies. I drove four trips,” Christy said.