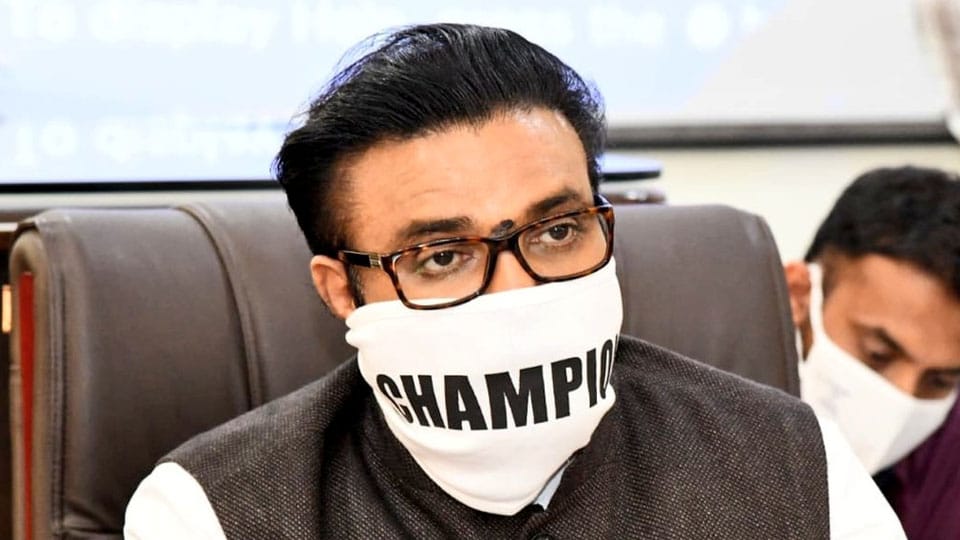 Chitradurga: Amid concerns over rising COVID-19 cases in the State, Health Minister B. Sriramulu said that the State Government is planning to set up ‘Open Hospitals’ since there are indications of a rapid spurt  of the deadly pandemic in June and July.

Speaking to presspersons at Molakalmuru in the district, which Constituency he represents in the Assembly, Sriramulu said that the Open Hospitals will be set up in large open spaces such as Stadiums and Auditoriums on a temporary basis.

Pointing out that such type of hospitals are already in existence in badly affected Western countries, he said that only those people with COVID-19 symptoms will be examined and treated in such hospitals.

Maintaining that Open Hospitals help in screening a large number of people, he said that a decision in this regard will be taken by the Government constituted COVID-19 Task Force Committee.

The Minister further said that in the backdrop of fears of COVID-19 spreading to rural areas, appropriate measures were being taken to contain the spread of the pandemic.

Replying to a query, Sriramulu said that a decision on ending wage disparity between Allopathy and Ayurveda doctors will be taken on Tuesday.