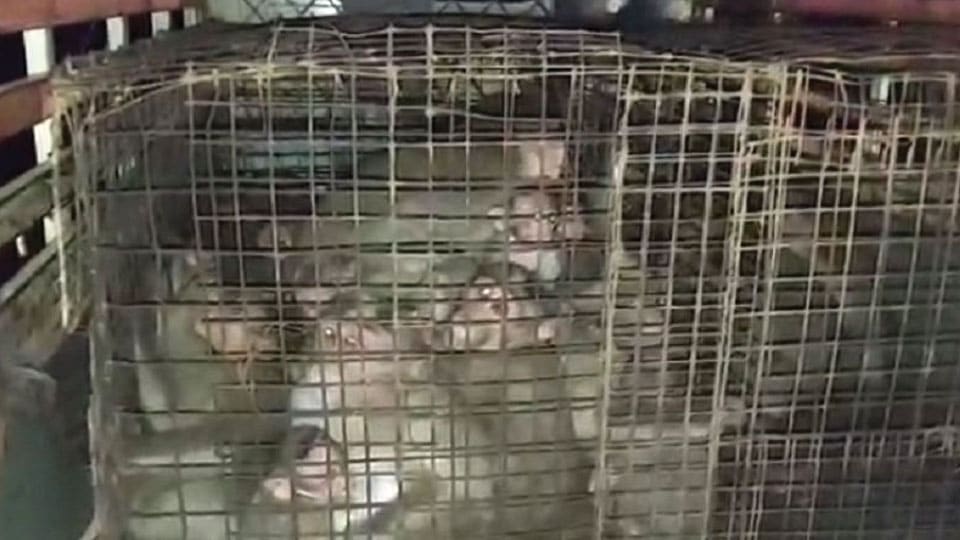 The menace of monkeys had increased in the village as they used to take away food items from houses and shops following which villagers had appealed to the Gram Panchayat to get the monkeys captured and release them to forest.

Following the appeal from the villagers, the Gram Panchayat officials had summoned expert monkey catchers, who had captured about 50 monkeys and had placed them in a cage. But even after several hours of these monkeys being captured, the monkeys were denied of food and water following which the villagers accused the officials of displaying cruelty on these monkeys.

A youth, on learning about the sufferings of these monkeys, captured a video of it and uploaded the same on social media which soon went viral and caught the attention of the Forest Department officials and Ramasamudra Police, who rushed to the spot immediately and released the captured monkeys in Biligiri Ranganathaswamy Hill’s forest area.