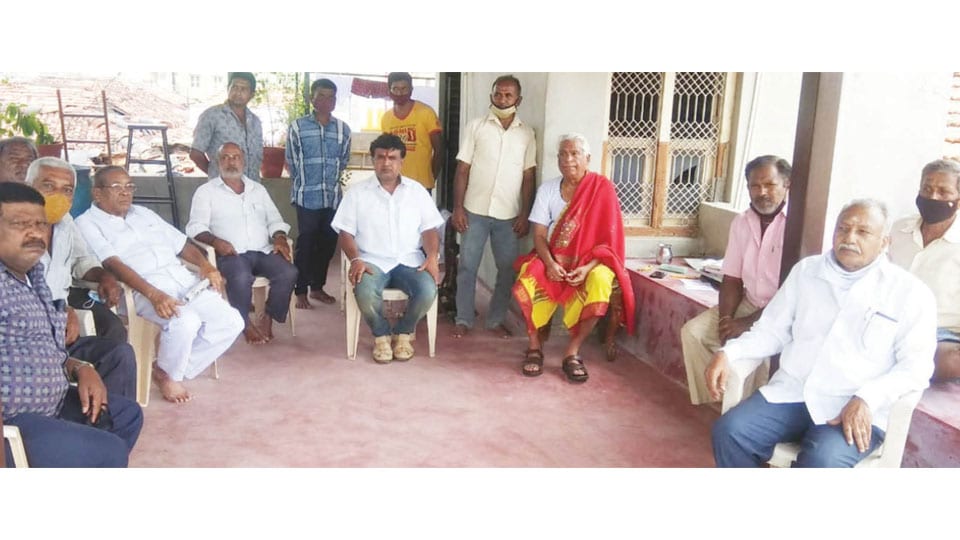 Mysore/Mysuru: The problems caused by the rejuvenated Hebbal Lake to the farmers close to the lake will be brought to the notice of Minister S.T. Somashekar, who was previously Mysuru District in-Charge Minister. A decision in this regard was taken at the meeting of Hebbal Kere Ulisi Horata Samithi and farmers at Kumbarakoppal here recently.

Problems such as over-dampness of agricultural fields below the lake due to seepage of water and sewage water released to fields causing diseases to coconut trees were discussed.

Former MLC D. Madegowda, who is also the President of the Samithi, said the meeting was held to find out a permanent solution to the problems and added that a trench should be dug up below the lake area to prevent over-dampness. Problems of sewage water being released to fields should be brought to the notice of officials concerned and they should conduct a spot inspection, he added.

Madegowda said that if wastes and weeds are removed from the canal passing near the lake, the problem of over-dampness of agricultural fields could be solved and added that the issue should be brought to the notice of Minister Somashekar and other elected reps for early solution.