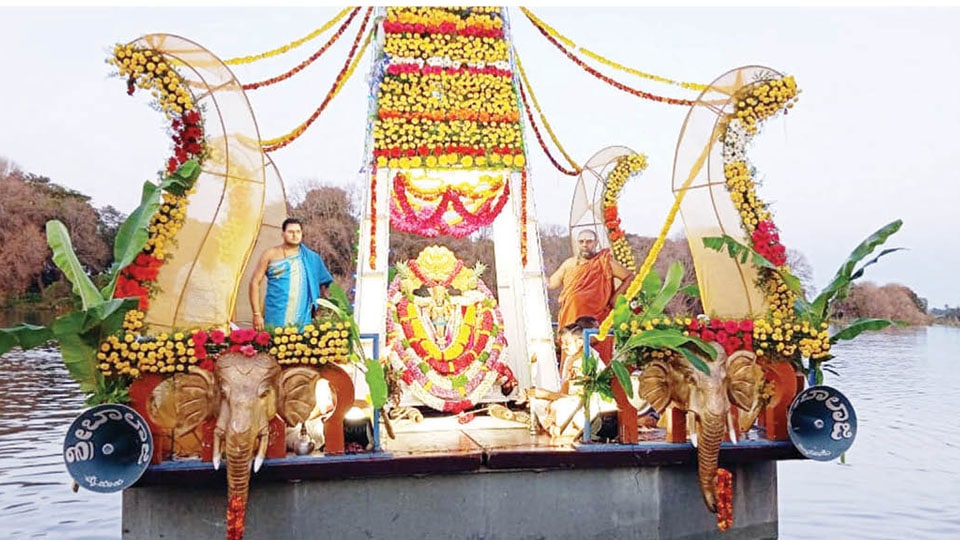 Nanjangud: The Theppotsava of the famed Srikanteshwaraswamy temple in the temple town of Nanjangud was held in a grand manner at Kapila river in the town on Tuesday.

The Theppotsava, that was held as part of Chikka Jatre, featured special pujas, abhisheka and a host of other customary rituals.

The Utsavamurthy of the presiding deity (Srikanteshwaraswamy) along with an idol of Goddess  Parvathi  was brought from the temple in a Pallakki to the banks of Kapila river that flows along the town, accompanied by Mangalavadya.

Later, after the conduct of all associated rituals under the guidance of the Temple Chief Priest Nagachandra Dikshit, the Utsavamurthy was placed in a colourfully decorated  Mantapa and set afloat in the river. The Theppotsava concluded after the Mantapa made three designated rounds in the river. A large number of devotees was witness to the grand event.

Temple EO Ravindra, AEO Venkatesh Prasad and others were present.