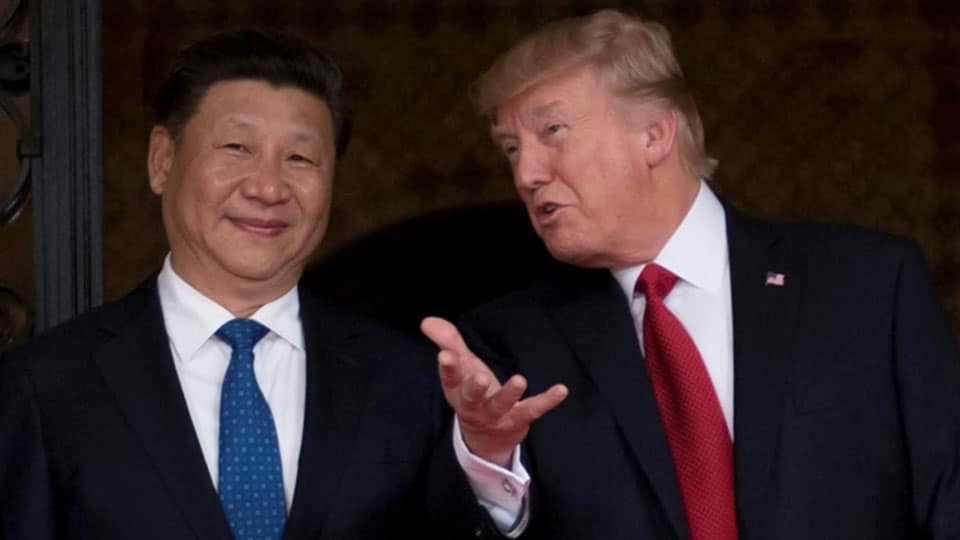 The avatars of Donald Trump and Xi Jinping aim at making China the leader of the world. They have almost reached their targets. Under Trumpavatar, the policy of America First has led to US withdrawal from global engagements, be it NATO or the Trans-Pacific Partnership, leaving the field open to an assertive China. For its part, Xiavatar has been pushing the Asian Infrastructure Investment Bank and the Belt and Road Initiative across continents while concentrating at home on military modernisation and advanced cyber technology. China’s advances on the frontiers of science have been astonishing — or frightening, depending on the angle of vision.

To put this in perspective, recall the fact that Mao Zedong proclaimed the birth of the People’s Republic of China in 1949, two years after India became independent. Mao’s Cultural Revolution, etc., took China backward for nearly three decades. Its forward march began only in 1978 with Deng Xiaoping’s reforms. That is, after India had gone through the Prime Ministerships of Jawaharlal Nehru, Lal Bahadur Shastri and Indira Gandhi, and the Emergency backlash had put Morarji Desai in the Prime Ministerial chair. Such a late start, and where is China today? Such an early start, and where is India now?

China has reached the point where it is challenging the US for world leadership. Its official military budget for 2017 was $ 190 billion (US, $590 billion, India, $50 billion). Its focus is on science and technology in military research. A Scientific Research Steering Committee was set up last year in addition to the Academy of Military Science, the National Defence University and the National University of Defence Technology. R&D resources put emphasis on nuclear fusion, hypersonic technology and multipurpose satellites. The US Defence Secretary’s office began its annual report on China in August with the sentence: “China has the political will and fiscal strength to sustain a steady increase in defence spending, supporting the continued modernisation of the People’s Liberation Army and the exploration of new technologies with defence applications.”

China ignores conventional ethics in its determination to be the leader of the world. For years now, hundreds of Chinese have been going to American Universities for higher studies. Most of them return to China to let the motherland benefit from their freshly acquired expertise in various subjects. There have also been reports of Chinese specialists “stealing” industrial secrets from American companies. According to the Australian Strategic Policy Institute, some 2500 military scientists, researchers and engineers were sent in the last decade to Western Universities to conduct research, sometimes in areas like navigation technology, quantum physics and cryptography.

It is known that China has been investing heavily in AI (Artificial Intelligence) with plans to become the world leader in that sector by 2025. It has openly said that AI is a “strategic technology.” It also puts emphasis on indigenous manufacture. Already, it is turning out armed drones and a string of ultramodern weapons. An aircraft carrier has been commissioned. China has become the world’s third largest exporter of arms, after the US and Russia. Until now, America was developing its military prowess to meet the Russian challenge. Now, the benchmark is the Chinese challenge.

China thinks long-term. More importantly, China thinks culturally and historically. For the US and Russia, for example, military planning is related to political and strategic oneupmanship. Sufficient unto the day is the evil thereof. For China it has to be sufficient unto eternity. Communism or no communism, the historical memory of China’s imperial overlordship with neighbouring States maintaining tributary relationship with it, is alive. Imperial China considered itself the centre of the world. Times may have changed, but the notion of a superior destiny gives China an inner power other nations lack.

READ ALSO  All the lying they have done

This is the context in which the extraordinary powers Xi Jinping acquired through constitutional changes must be judged. The 19th party congress last year gave him powers that only Mao had before. Significantly, it was the same party Congress that proclaimed something no party Congress had done before — that it was right for China to return to the days when China was the world’s leading power in trade. This, from the Chinese viewpoint, is precisely what Xi Jinping is doing with determination. His assertion that the whole of South China Sea is China’s backwaters bears the stamp of his power and of his readiness to take on the world. The task will be easier with the help he is receiving from the mixed-up, confused Donald Trump. Say hello to the Grave New World.