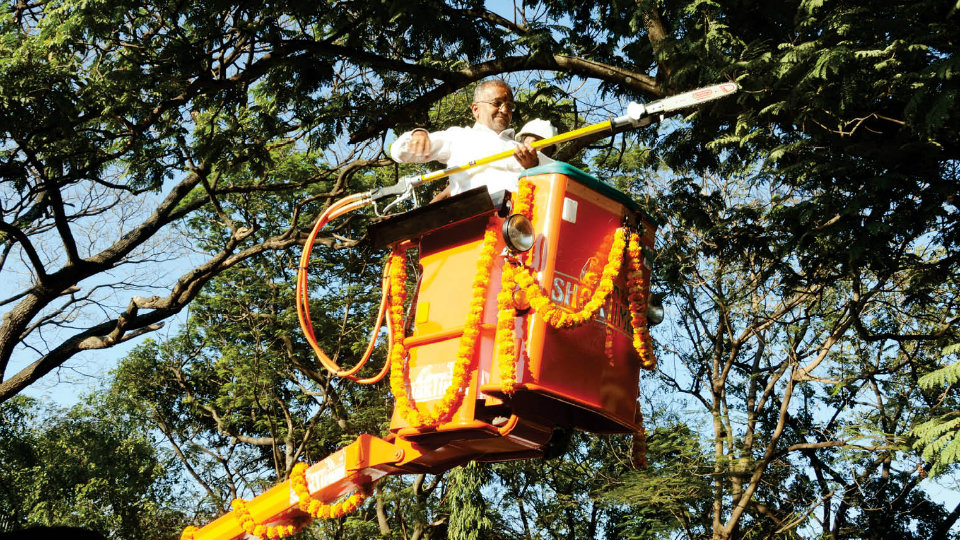 District in-Charge Minister G.T. Devegowda distributed the three-wheelers, launched the app and ‘Shaktiman’  vehicle yesterday at a function organised by MCC at its premises.

Speaking on the occasion, he said that to regain the cleanest city top spot in the country, the MCC officials, Corporators and the citizens have all joined hands and participated in the Swachh Bharat Abhiyan. Hence, there is every possibility that the city will once again become the number one cleanest city in the country, he added expressing his confidence.

It is the job of the MCC to create a healthy environment,  maintain cleanliness develop parks, repair and clean UGDs, prune branches and leaves along with keeping the city beautiful. The heartening factor this time is that the Corporators irrespective of their party affiliations have come together and worked hard during the Swachhata campaign, he said lauding the efforts of everyone.

The introduction of the multipurpose hydraulic vehicle ‘Shaktiman’ has been a real boon to the city to cut dry trees,  prune branches etc., he added.

The physically challenged who have been donated three-wheelers must utilise it properly and become empowered and thus carve an independent path to become economically independent, advised GTD.

Rs.300 crore grant: Mayor Pushpalatha Jagannath speaking on the occasion, said that MCC is facing a shortfall of grant and urged the District Minister to get Rs. 300 crore grant for the Corporation.

This is the first time that 53 persons were distributed tri-wheelers and in the coming days more people are going to get it, she added.

G.T. Devegowda Mysuru City Corporation Shaktiman
‘Karnataka will not step back on Disneyland in KRS’
‘My Clean City’: Mobile app with revolutionary features makes a mark in Mysuru