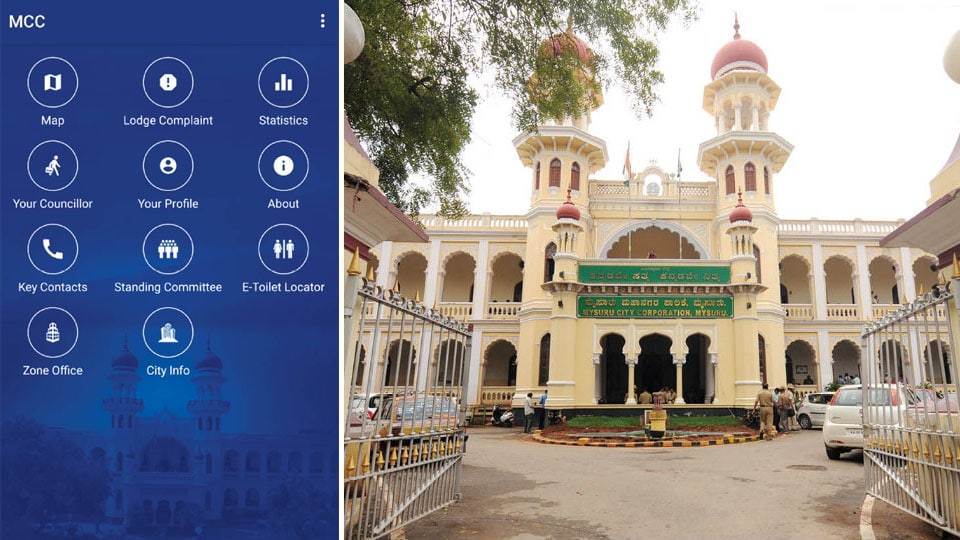 ‘My Clean City’: Mobile app with revolutionary features makes a mark in Mysuru

Mysuru: Mysuru City Corporation (MCC) has launched an android mobile application named ‘My Clean City,’ which will act as a powerful tool for both MCC and citizens of Mysuru to deal with every day problem like roads and environment.

This application is available for downloading in Google play-store. People can easily navigate to the application directly by visiting the link www.mymcc.co.in.

According to Naveen Kavirathna, Founder, Future Design Technologies, Mysuru, who has developed this App, there are many other mobile applications available for road and environment management that various municipal authorities have launched. But the MCC App is one of its kind in the entire nation or probably in the world which is stuffed with so many features and top notch technology, which acts in real time.

How it works: Speaking to Star of Mysore this morning, Naveen said that with the help of the all-in-one mobile application developed for MCC, citizens would be able to gather details about roads which are maintained by Mysuru City Corporation. The information available in the mobile app on Google Map would include Contractor name and details, starting and ending date of the work and maintenance period.

People can view statistics of the complaints assigned to the authority and the cases pending and solved. The App users will automatically get messages as soon as the problem is solved (work is done). The user also can inspect the work done and give it a rating and also can reopen the issue if not satisfied with the work done. However, the authorities can also reject irrelevant and mischief complaints, he said.

Asked for the difference between the Swachh Bharat App and My Clean City App, Naveen said that the problems faced by the people with regard to the former has been eliminated in the latter App as the grievances and complaints filed are in real time.

“In Swachh Bharat App, only the authorities could see, in our App, anybody can use the statistics in real period. For instance, in Bengaluru when they launched app for potholes, the Palike claimed that all the potholes had been repaired, while many potholes still remained. This cannot happen in this app as it will spot the location and point out whether the potholes have been truly repaired or not,” said Naveen.

Ward-level penetration: The App has right now penetrated nine zonal levels since the beta version is being used. In another month it will be updated to Stable version, where all the 65 Wards will be covered.

Thus, one will not only know which ward one is in, but they will also know the name of the area Corporator, under Know Your Corporator. Hence this app is tailor-made for the city, said Naveen.

ONE COMMENT ON THIS POST To “‘My Clean City’: Mobile app with revolutionary features makes a mark in Mysuru”